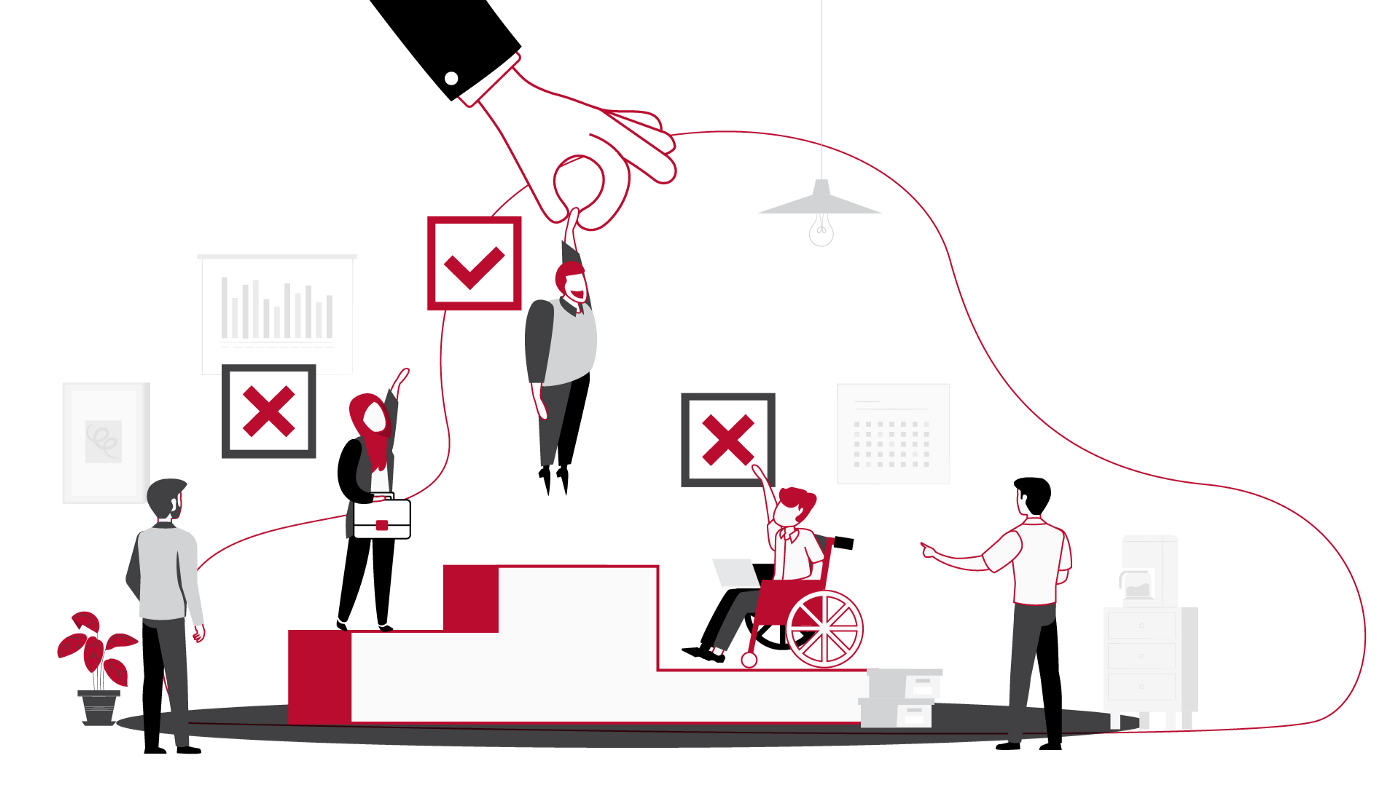 Discrimination starts and stops with us

With a little empathy, we can break the cycle.

A version of this story first appeared in The Drum. Click here to read it.

This interview was with someone who was trying to make a career change. She had over a decade’s experience as a broadcast journalist and was interested in exploring the communications industry. Upon completing her upskilling courses, she had secured a junior position at a communications agency. However, she quit that stint after a few months and came to us; when we spoke, she candidly shared why.

To my dismay, I found out that she had quit because of age and race discrimination. Hearing about her experience made me upset and frustrated — so much so that I felt the need to apologise to her for her experience.

The candidate was a year older than me — hardly grounds for ageism. This is someone who had consciously decided to make a career change in hopes to better her professional journey. After taking a career break to look after her children, she took the initiative to upskill herself and was seeking practical experience to learn and grow.

Unfortunately, she was still finding her feet in a new industry and the agency environment proved unwelcoming and unconducive as she tried to get herself sorted. This is a situation anyone starting a new job finds themselves in and is certainly nothing to be held against a person, but in her case, she was penalised for it.

Further, she was isolated through the language barrier and excluded from any social activity or conversation. Her colleagues would leave for lunch without inviting her along or purposely speak in their mother tongue — which she didn’t understand — around her. She was also left to figure out new processes and systems with no help.

Incredibly, it was the younger staff — her peers — who were most often the culprits of this unwarranted discriminatory behaviour. On top of that, they often mistreated her in full view of managers who did nothing.

This inaction seemed a silent endorsement of the discrimination and made the candidate feel that she couldn’t and shouldn’t voice her discomfort. All in all, she felt unwanted and a failure despite her best efforts. It made more sense for her to quit instead.

This story really resonated with me because I was once in the same situation when I made the move in-house. Despite having been in the industry for a long time at that point, I had spent countless nights crying and was starting to doubt myself professionally because of that experience.

Ultimately, I, too, chose to quit; so I can only imagine how someone with zero experience would have felt in such an unhealthy work environment.

She was isolated through the language barrier and excluded from any social activity or conversation. Her colleagues would leave for lunch without inviting her along or purposely speak in their mother tongue around her. She was also left to figure out new processes and systems with no help.

Break the cycle. Be the change

No one should be made to feel the way that the candidate and I did. Especially not in a professional environment, and especially not in an industry that is built on its people. It has always baffled me why the communications industry doesn’t treat its people better. Things are improving but we clearly have a way to go. Blatant discrimination for any reason needs to be addressed.

This is the core focus of the PRCA APAC Equality, Diversity, and Inclusion committee that I’m chairing. My professional experiences as a woman from a minority race and the stories I’ve heard (and witnessed) over the years are what fuel me to drive change.

It’s imperative to bring these issues to the fore and address them through open and honest conversations, and it starts with each of us. We can do our parts by raising awareness around the myriad issues that fall within this space, as well as de-stigmatising and normalising conversations and discourse surrounding them.

So let us strive to:

– Be open to receiving feedback when someone voices concerns or flags issues; do not be quick to dismiss them or chastise them for speaking up. Create a safe space and environment.

– Question our self-biases; do we consciously or subconsciously have preferences that cloud our professional judgement?

– Speak up when we witness discrimination; the person being discriminated against might not feel empowered to voice their discomfort.

– Challenge convention when necessary; sometimes what’s “not broken” does need to be fixed.

The DEI Committee is working towards creating safe avenues for industry professionals to voice their concerns. The Committee also aims to develop a charter that lays the foundations for bigger, more decisive actions. Our hope is to light the fire and pave the path for real change in the industry.

Beyond these, it’s important for talent development / human resources and management teams to work together. While the management team can come up with and set the right direction, it’s crucial for that stance to be translated into actionable policies that drive actual change and set clear expectations within an organisation, which falls under the purview of the HR team.

It’s a top-down approach and the buy-in and backing of senior people is very important for junior staff to truly believe in these efforts beyond just paying lip service, and to feel comfortable in speaking up.

We truly believe in this approach at Redhill and it’s an ongoing area of focus for us — always striving to improve our people-first initiatives. This starts from the ground up at the hiring stage.

As of 2021, Redhill no longer asks candidates for their last drawn salary during the interview. We don’t believe in tying them to a prior remuneration that might now be outdated (due to a career break) or straight up unfair (due to discrimination and the like). Instead, we choose to compensate them based on their value to us and what they can bring to the table now.

Furthermore, I’ve noticed that as an industry, we complain often about the current talent crunch. Yet we’re quick to discriminate against new joiners who may not have the industry background but who genuinely want to learn and grow. Where is the sense in that?

Redhill is a big believer in nurturing potential. We’ve launched a Junior Account Executive programme that offers candidates with no relevant experience an opportunity to explore a new industry with full support in training and upskilling. It’s been very successful so far and I look forward to seeing it grow.

in his book Animal Farm to explain the disparities that exist in society. However, does your race, religion, sexual orientation, age, degree, school or name really matter when it comes to doing a good job?

Yes, we work in high pressure environments but that is no excuse for unhealthy workplaces and complacency in leading by example. It’s really time to walk the talk.

At the end of the day, we are only as good as the opportunities afforded to us, the effort we put in and the support of people who guide us when we need it. I’m happy to share that we hired the candidate in this story, and she’s now thriving at Redhill.

I love the communications industry and I wish it would be more welcoming to all. A diverse, inclusive, and equal team only makes us stronger and better, both as humans and as communications consultants.

However, just wishing won’t get us anywhere. It’s up to us to make that change happen. Together, we can make sure that the candidate’s story and her experiences will someday be the exception, rather than the rule.