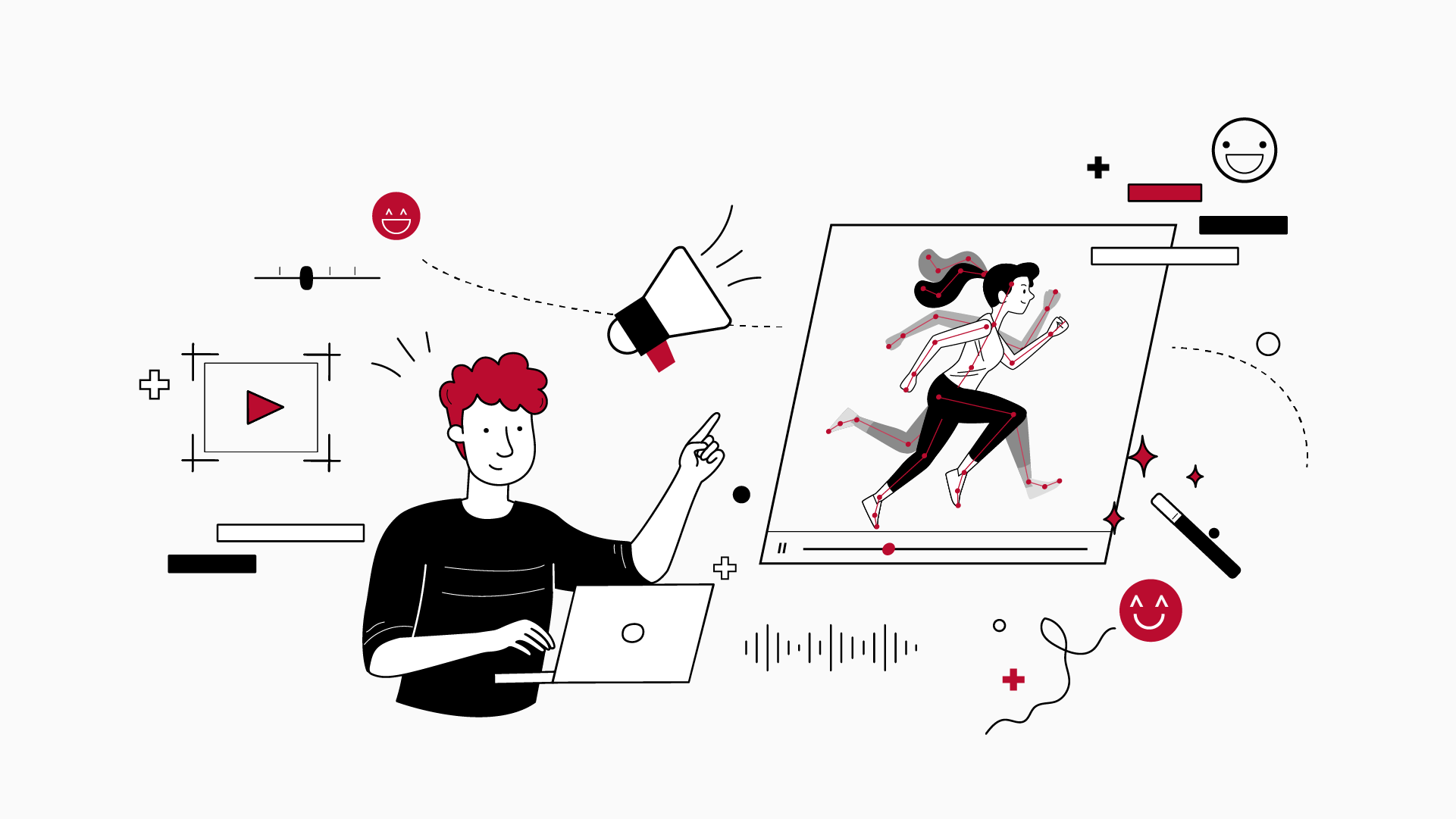 Bringing communications to life with animation

Cartoons and animations have been a fixture of my childhood and, I’m unashamed to admit, even in my adulthood today. From the smart use of colours to exaggerated expressive styles, animation has always been able to grab my attention and evoke emotions in me that seem 100 times more dramatic than even live-action movies with a wealth of visual effects.

The vibrancy of animation is the key trait that has continued to entertain me all these years. For example, the blue-tinged lines shading a character’s forehead immediately communicate anguish to me, while over-the-top facial contortions effectively convey the discomfort that a character is experiencing.

Realising the potential of animation in communications

While my love for animation has never diminished, I began to see it as more than just a form of entertainment when I started working in the communications field. Part of my job as a content writer and researcher is to observe the different mediums that can effectively communicate a brand’s marketing and public relations initiatives. I found myself naturally drawn to animation-based campaigns, which opened my eyes to the potential of animation as an ideal medium for communications.

I read several studies that delved into how humans behave when watching animated content and became increasingly fascinated by the physical and psychological reactions that animation can evoke. For example, studies have found that based on the animation’s gestures, colours, and intensity, viewers can experience heightened cognitive functions, such as their comprehension, spatial ability and more. This enhanced cognitive simulation can even improve attentiveness and memory, allowing viewers to retain information displayed in an animation for longer periods of time.

Of course, one can argue that live-action campaigns can also produce these effects, given that many live-action adverts or movies can also be engaging. However, the virtual nature of animation means it is not subject to the limitations of live-action and can seamlessly integrate with advanced digital technologies such as virtual and hybrid reality. This opens up a wealth of creative possibilities for brands in their communication strategies, especially with an increasingly digital future ahead.

“Animation can explain whatever the mind of Man can conceive,” – Walt Disney

Brands must establish a strong connection with their target audiences to effectively communicate their messages. However, this is easier said than done, and this is where the customisability of animation can help.

Brands can select various animation styles and sceneries to create eye-catching visuals to first hook the audience, draw them in with exciting narratives, then emphasise action and decision-making with immersive call-to-actions via characters that use the emphatic gestures and tones common in animation.

As mentioned, animation does not face the same physical limitations as live action, meaning that there are nearly endless possibilities for creators to come up with narratives, scenes and concepts to draw the audience in. When used in interactive apps and programs, it also enables extensive possibilities for customisation and control by the users themselves, greatly increasing engagement.

For instance, game developers have long recognised the value of animation in engaging players – be it through stunning graphics, compelling storylines and intricate missions. They have been so successful at creating engagement that even corporates have begun to leverage games in their advertising strategies, and playable animated ads have emerged as one of the most popular forms. These animated games-slash-ads get viewers interacting with the ad, stimulating their attention and creating a lasting impact on consumer perception – potentially even leading to more leads.

Additionally, there is a natural synergy between animation and augmented reality (AR), which have become a trend among brands – especially tech brands – in driving user engagement. Snapchat’s Cartoon animated lens effectively Disney- or Pixar-fies user appearances, becoming so popular that the concept was even co-opted by TikTok users. These filters could allow users to look like they have magical superpowers, look like they’re somewhere else, and much more – further sparking their imagination and creating organic engagement.

Besides AR, animation can be used in various other forms depending on what would be most effective to convey a brand’s messaging. Motion graphics, for example, is an animation style that presents information using narration voiceovers, animated texts, and even graphical illustrations. This may be a simple and engaging way to deliver information while emphasising branding; Headspace, a meditation and mindfulness app, released a 90-second motion graphics animation that taught users how to use the app, which was created in the brand’s design language and colours.

Additionally, brands can also apply tutorial-style messaging for concepts that are difficult to describe using mechanical animation. For instance, the world-renowned razor brand, Gillette, famously uses mechanical animation to communicate the inner workings of its latest razor products. Their detailed animation breaks down the technical aspects of the razor’s design and how these prioritise personal safety – inspiring viewer confidence and doubling down on Gillette’s key messaging of providing audiences with safe-to-use grooming tools.

Some of the most memorable movies and series of all time have been animated – such as The Lion King, Family Guy, and SpongeBob SquarePants. Part of this success is due to the animated characters and their personalities. They have a unique ability to captivate audiences of all ages worldwide with their exaggerated expressions, outlandish antics and gravity-defying physics, which are difficult – if not impossible – to portray in live action. As such, the use of animated characters in ad campaigns can be a great pull for brand engagement – more so than even live actors.

For example, Tony the Tiger is an animated tiger that has become synonymous with Kellogg’s Frosties cereal. From his smiley demeanour to his signature “G-r-r-r-eat!” catchphrase, the animated mascot cemented the cereal’s global appeal as a family-friendly product for all ages through ads and campaigns. The character also elevated brand recognition as its unique features ensured that people recognise Kellogg’s Frosties from any supermarket shelf. Building on Tony’s loyal following, Kellogg’s even unveiled him as a Twitch streamer in 2022 to optimise fan engagement!

Plan to win with animated campaigns

As with all tech-driven initiatives, high-quality animation requires high-quality expertise to deploy successfully. Even the best animated work requires effective planning to become an effective communications campaign; for instance, brands must know their target audiences’ viewing preferences as these tastes can influence their acceptance and decision-making when exposed to an advertisement. Animation may not be optimal for all audiences or products.

Brands must also optimise their budgets and resources to ensure any animated project can be completed to a high standard. The financial resources required to create an animation campaign can be significant because the funds must cover video editing, special effects and, depending on the animation style, voiceover fees or motion capture expenses. As a result, brands must be willing and disciplined enough to explore different animated styles that match their time and resource bandwidth.

Above all else, my lifelong love for animation has given me a deep appreciation for the creativity it unlocks, and that is what I am most hoping to see flourish from animation in communication campaigns. As more and more brands worldwide begin to tap into the potential of animation, I look forward to seeing them also push their creativity further to bring us a more exciting, inspiring and memorable world of communications.

Why startups still need PR during an economic downturn Should brands participate in the metaverse? WCM: 5 Golden Rules for Pitching Journalists