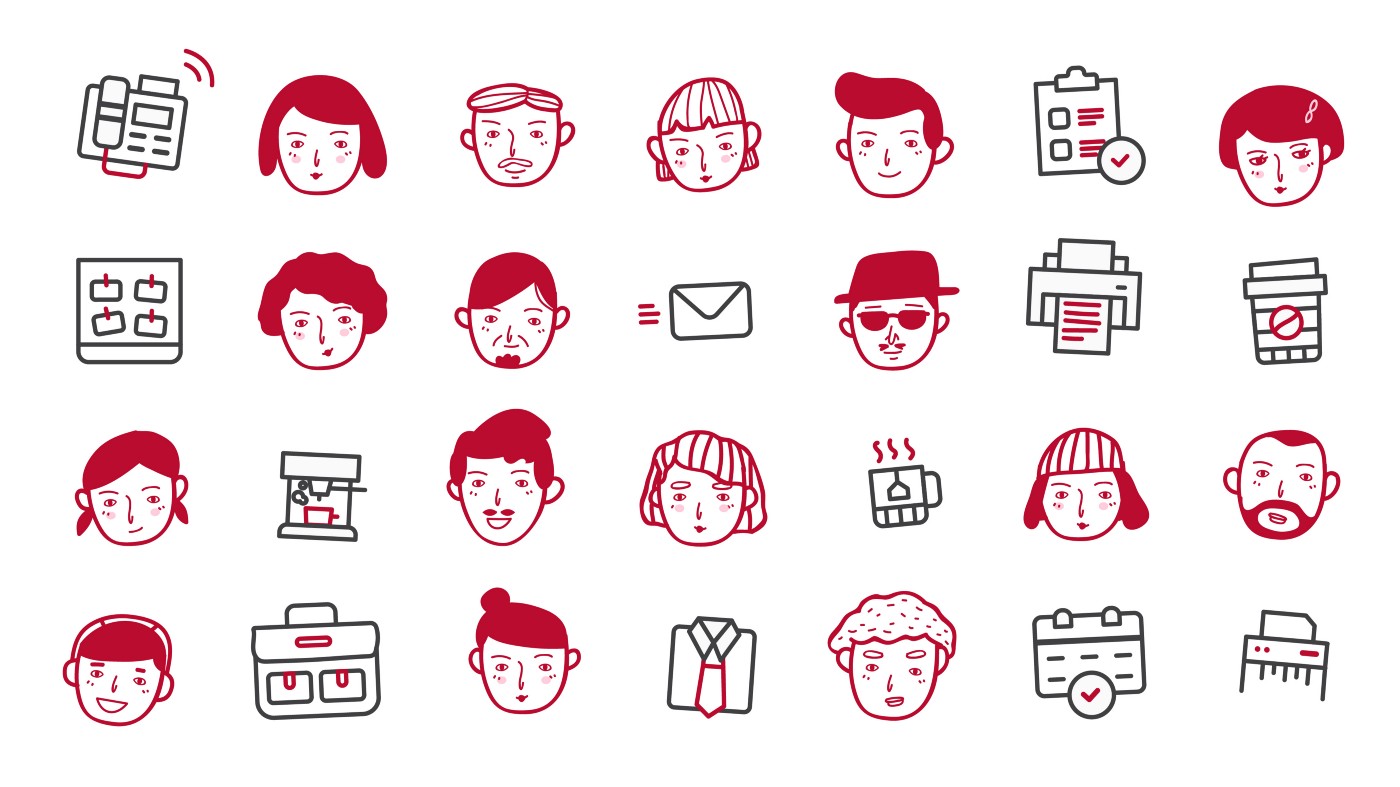 It sounds obvious, but the key lies in walking the talk.

One of the most interesting phenomena that emerged during 2021 was the Great Resignation. In April, an unprecedented four million people in the US quit their jobs. Many thought it might be a one-off, but then seven straight months of record high quitting followed. In total, around 38 million Americans have left their jobs, putting that theory to rest.

It’s not just the US, either.

In mid-2021, a record one million job vacancies were reported in the UK following a sudden spike in the unemployment rate. Over a third of companies in Germany struggled with a skill shortage. Closer to home, 69 percent of companies in Malaysia, Indonesia, Philippines and Thailand reported a turnover increase in the first half of 2021.

Why is this happening?

Fears over COVID-19 and the newly-discovered flexibility of working from home have made people reassess their priorities and rethink what they want from their careers and workplaces.

As the pandemic stretches on, people are realising that they want more than simple job security. If their jobs can’t give them what they need, they’re willing to walk away — even before securing another position.

As a result, some argue, the Great Resignation shouldn’t be called that: alternatives include the Great Reprioritisation, the Great Realisation, and even the Great Awakening (no relation to the 18th century religious revival in America).

Why do people leave?

There’s a wealth of resources dedicated to discussing this subject, but I don’t think that it’s as complicated as people think.

We’ve all been employees at some point. By and large, our desires are fairly similar: we want to earn more money, feel fulfilled in our roles, grow in our career paths and — increasingly — be able to maintain a good work-life balance.

The complicated part comes when companies ignore these needs for the sake of a healthier bottom line, or try to implement a one-size-fits-all policy that leaves a lot of people out in the cold. Then you have unhealthy work cultures such as unnecessarily long working hours (according to some sources, Asian companies are one of the biggest culprits) and “technostress” from bad habits like after-hours work messaging.

All that, and we haven’t even started talking about other latent issues such as discrimination (gender, race, age, you name it), inequality and more.

Ultimately, the answer to this question is simple: people leave jobs when their needs aren’t being met.

Why should companies care?

Ask any startup and they’ll tell you: the team is most important. Companies are built around people, not the other way around. Keeping your staff happy just makes good business sense.

For one, Gallup estimates that it can (conservatively) cost around half to twice an employee’s annual salary to replace them due to the training required and productivity loss. That’s before taking into account the loss of experience and innovation, as well as a natural drop in team morale.

The benefits of a happy team also go beyond the monetary. Positive, purpose-driven teams are more productive, more effective, and more willing to go the extra mile. They also become a company’s strongest advocates and build a strong foundation for the company to grow.

Every company in the world will tell you that they value their employees. But now it’s time for them to really walk the talk. Show, not tell, as they say!

Positive, purpose-driven teams are more productive, more effective, and more willing to go the extra mile. They also become a company’s strongest advocates and build a strong foundation for the company to grow.

What can companies do?

The first thing that companies and management teams need to do is to see people as people, instead of using reductive terms like ‘headcount’ to think about employees. Every person is different. They all have lives, hopes, dreams and preferences.

While a company won’t realistically be able to cater to every individual, remembering that people are individuals goes a long way to developing people-first policies and culture.

As companies, we need to consider: how can we give our teams purpose? How can we help them grow? How can we support them to deliver their best work?

I’ve thought a lot about these questions, and here are my top three suggestions.

Don’t knock teambuilding activities — they work. Especially when you’re a geographically diverse company with teammates all around the world, most of whom have never met each other.

In 2020, I noticed that the pandemic was taking a mental toll on my team and they weren’t able to put out their best work as a result. So I had them set aside an hour every week on Fridays for sessions where we’d do activities as a team to have fun, build camaraderie and hone our skills.

For instance, one of our activities saw us splitting into teams and trying to make a case for a popular conspiracy theory, such as birds actually being government-issued drones. Not only did this develop our abilities of persuasion (very useful for pitches), but it was also just a lot of pure fun.

Not everyone was the greatest fan of this idea at first, but as they began attending more of these ‘Samurai Soirees’ and building camaraderie, they felt more comfortable with each other and started enjoying themselves more. Everyone also got the chance to host at least one session, which encouraged them to think more creatively and made them more invested.

I’m proud to see how close the team is now, and I think we’re all more productive for it.

2. Be vocal with appreciation and discreet with criticism

A Channel News Asia report recently said that Singaporean employees are among the most disengaged employees in the world, and that they “can’t wait to quit”. While this is a little hyperbolic, what it underscores is the importance of engaging employees to improve retention and prevent brain drain.

More than anything, people want to feel valued at the workplace. They want to know that what they’re doing matters and that they’re making a difference. That can mean the difference between an engaged employee and one that’s just going through the motions.

I make it a point to call out any good work that the team has done in our team meetings and company-wide scrums. Everyone works very hard and when their efforts bear fruit, then they deserve the credit. It also motivates others because they know that their work will be similarly recognised.

However, I do the opposite for criticism. I don’t believe in public shaming and humiliation — we’re all adults and should be able to handle things professionally. If someone makes a mistake, I’ll talk to them privately about it instead of hanging them out to dry. I’ll also turn it into a valuable learning opportunity for the team, but I’ll never make it personal.

Companies and management teams need to see people as people, instead of using reductive terms like ‘headcount’ to think about employees. Every person is different. They all have lives, hopes, dreams and preferences.

It has to be said — the PR industry is one of the worst for work-life balance. Niharica, our own HR head at Redhill, said it best:

“In any client servicing and consulting role, time is dictated by the clients. We are here to service our clients and ensure their success, and in doing that, their work ends up taking priority.”

It’s a problem that we all recognise as endemic within the industry, and the COVID-19 pandemic really brought that to the fore. I’ve heard of so many industry colleagues burning themselves out or having breakdowns after 12, 14-hour days of emails and pitches. That kind of working life isn’t sustainable long-term by any means.

I want people to know that there’s a life outside this office. People think that we need to be like sharks when it comes to work — bite into our work and never let go — but I think we need to be like whales. We need to be strong, steady and resilient on our course, and the sea of business will respect you.

As leaders, we need to create a transparent environment where team members are comfortable enough to tell us when things get too much or if they want to try something new. We can then assign them to work that they’re interested in or help them manage their workload, which will lead to less burnout and happier employees overall.

Making the right investment — in people

I’m well aware that it’s not a simple task for companies to cater for people in a way that everyone feels fulfilled. Sometimes, an employee is just not suitable for a company, and vice versa. It happens, and it shouldn’t be taken as a failure by either — simply a mismatch.

Ultimately, the underlying concept is simple: treat people as you would want to be treated. Employees appreciate visible and sincere efforts from a company and management to improve their wellbeing.

As long as companies can establish open dialogues with their employees and listen to what they need, then they’re on the right path to building happier, more productive and more resilient teams for the long term.