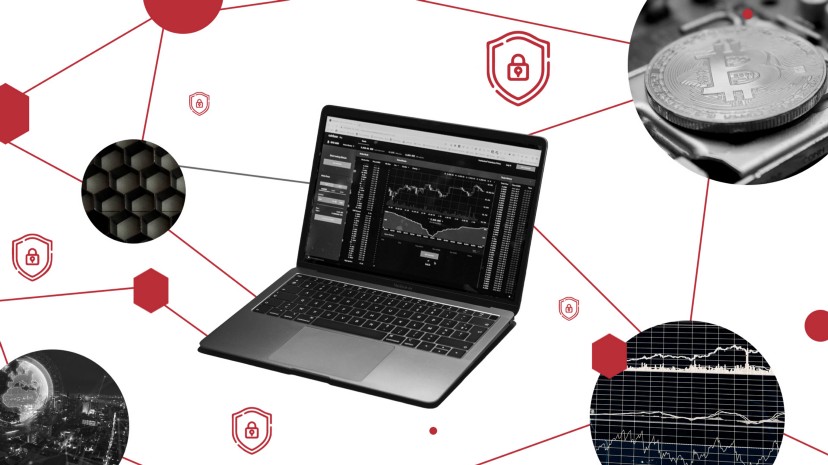 Who is decentralised finance really helping?

The new financial playground is not the equity panacea that the name suggests.

On August 11th, 2020, a new decentralised finance (defi) protocol called Yam Finance had over $500 million locked within its first 24 hours of existence. The price of its governance token (YAM), issued to users of the protocol, quickly jumped to $167.

On August 12th, 2020, an irreconcilable bug was discovered in one of Yam Finance’s smart contracts. Shortly thereafter, the YAM token price crashed to $0.97. The protocol is now defunct, prompting an apology by the CEO and equal measures of derision and support from the defi community.

Yam Finance, and many others like it, are a symptom of something called “yield farming” — a friendly term to describe the relentless pursuit of free money. At its simplest, yield farming is taking the crypto that you own and using it to make more crypto. In Yam’s case, you could lock your crypto into the protocol, earn YAM tokens, and then eventually convert those YAM tokens into fiat currency. Sounds too easy, right?

Some have likened the current yield farming craze to the ICO chaos of 2017. Projects springing up out of nowhere, issuing tokens in exchange for millions of investor dollars, and then just as quickly vanishing into the ether. 80% of ICOs in 2017 were reported to be scams. And while the jury is still out on the usability and integrity of defi projects, this phenomenon does raise the question of who defi is really helping?

Is it the world’s unbanked, as many of the original defi projects claim? Or is it those with the right combination of technical and financial privilege?

What is decentralised finance?

At its core, defi is finance without the fee-sucking middlepeople that make traditional finance accessible only to the comparatively wealthy. It means access to liquidity for anyone, even at small volumes, and, theoretically, very little opportunity for the many discriminatory practices that plague the existing system.

A good example is a lending protocol. Normally, if you wanted a loan, you have to go down to the bank and present collateral. If you don’t have collateral, then you would visit a payday lender who would charge you extortionate interest rates. No matter which path you choose, discrimination looms large. Wealth, skin colour, tattoos, piercings, accent, you name it. Lenders seem to have no issue with making discriminatory decisions in the name of profit.

With a lending protocol, there is no bank. There’s just a group of people like you who contribute money to a liquidity pool. What the protocol does is use an algorithm to determine borrowing and lending rates based on how much of the pool has been utilised. As the pool utilisation approaches 100%, the lending rate increases to incentivise lending. The reverse happens when utilisation approaches 0%: the borrowing rate decreases to incentivise borrowing.

As a borrower, you are represented by nothing more than your wallet address — a random string of characters. The algorithm doesn’t care who you are or what you look like. If you have collateral, you can get access to funds at fair rates, whether you’re borrowing $10 or $10,000.

Who is defi supposed to help?

Many of the initial defi projects were ushered in under the banner of “banking the unbanked.” Founders salivated at the number of unbanked people globally and likely thought, “This is the world’s largest untapped market. If only we could get 1% of that ….”

What they eventually realised was that banking the unbanked needs a lot more than just a cool app or new technology. It requires education, trust building, immediate use cases, and government support — expensive and time-consuming activities that startups lack the resources and will to do.

Going back to the lending protocol example, the idea was that a rural farmer in, say, Indonesia could borrow money from a pool of global liquidity on their phone without having to leave the house and then use that money in the village or for online payments.

When you start to unpack the steps needed to make that possible, it becomes clear why defi as a solution to banking the unbanked is such a challenge. First, the farmer needs to own cryptocurrency that they can use as collateral for the loan. That means setting up an account on a local crypto exchange, funding it via a cash transaction at a convenience store, and then buying crypto on the exchange. All of this requires, at the very least, financial literacy and trust in crypto.

And so on it goes until you realise that the barriers to adoption are quite high. This is one of the reasons why the latest iteration of defi projects are targeted more at people with the knowledge and existing crypto holdings to yield farm. (A cynic might suggest that the recent episode of defi project hysteria is nothing more than a cash grab.)

How has it turned out so far?

Going by the numbers, defi is doing well. With $9 billion and counting already locked into various protocols, it is far and away the leading use case for blockchain and cryptocurrency.

As an active user of some defi protocols and projects, I can’t help but note how “cool” it feels. I can borrow against my crypto holdings without having to visit a bank, buy fractional real estate without the bureaucracy, transact in a stablecoin independent from central banks, and participate in the governance of mutual insurance platforms. This is much better and more convenient access to financial services than I’ve ever had before.

And this is just the start. Defi is catnip for the world’s brilliant financial and technical minds. With programmable money, there are no restrictions on what’s possible. Today’s proliferation of defi projects is only scratching the surface of what’s to come.

But there is a problem I find hard to overlook: defi isn’t helping those who find themselves, for whatever reason, excluded from the financial system. These 1.7 billion unbanked people — a number you see quoted so often — are not the ones benefiting from defi.

A playground for the privileged

Instead, defi is very much the domain of those with technical know-how, financial literacy, and disposable income. It’s making financial services more accessible to a small subset of the population. Everyone else either doesn’t trust it, doesn’t understand it, doesn’t have the money to use it, or some combination of the three.

Defi is also creating a new yield farming elite. These are the people who have the resources to take advantage of all the “free money” being offered by protocols in the form of governance tokens. One such protocol issued 30,000 governance tokens to key users. At the time of writing, each token is worth $23,000. That’s almost three-quarters of a billion dollars in wealth created out of thin air.

Thing is, someone has to foot the bill for this new wealth — finance being a zero-sum game and all. Sadly, it is often the people who were late to the party and simply buying the hype. Yet another reminder of the 2017 ICO craze.

At some level, defi is supposed to make things easier for people. Instead, the DIY-finance approach is only going to get more complex. Just the terminology alone is enough to keep people away. It’s difficult to trust something you don’t understand, particularly when there is money involved.

Fintech solutions that leverage defi should help lower the complexity, but then we’re back to trusting centralised entities with our money. Defi was supposed to be different, however it requires a level of effort that I’m not sure the unbanked are ready for.

Ethereum is the network on which much of today’s defi action is taking place. This has meant massive congestion on the network as stablecoins, protocols, and scams fight for mining resources. And while all this activity is great for miners, transaction costs (called GAS) have skyrocketed.

There were anecdotal reports of a single smart contract interaction costing well over $100. Even a basic transaction from wallet to wallet was up over $5. GAS prices have abated somewhat since, but are still well above historical rates. What this means, of course, is that small volumes become infeasible.

Let’s say I want to borrow $50 from a lending protocol at 3% interest so that I can purchase another asset paying 9%. Normally, it would cost $0.15 — an amount still too high, but that’s another story. These days, the cost would be well over $10.

We can assume that these high GAS prices won’t last forever — Ethereum has a planned upgrade for next year that should drastically reduce transaction costs, and other, cheaper networks will become more attractive to defi projects. Until then, defi will remain the domain of those who can afford the transaction costs.

Governance in the hands of the few

As defi protocols look to decentralise their governance mechanism to put power in the hands of the community, the path most often chosen is: the more money you have in the protocol, the more governance tokens are distributed to you, and the more votes you get.

The logic is clear. The issue is whether it makes sense to mimic the existing system or, given the opportunity that defi presents, try to forge a new system that is more equitable. In the case of the lending protocol, the person with $1 million locked in will have a much greater say than the person with $10.

In my mind, this approach is exactly what’s wrong with modern capitalist democracies. Those with the most resources have a significantly larger impact on policy than those with few resources. Why, then, would we design decentralised governance to reward those who have a disproportionate share of resources? This runs contrary to the democratic ideal of one person, one vote.

This is not to say that there is an easy solution. Sushiswap recently tested an approach in which each wallet could vote for the nine signers of the protocol’s multisig wallet. These 9 individuals are, effectively, a board of directors for the protocol. Naturally, theories of resource-rich individuals delegating voting power to “protocol politicians” were soon to follow.

Where do we go from here?

A World Bank study found that the number one reason (70% of respondents) why adults didn’t have a bank account was because they felt they didn’t have enough money to justify opening one.

The interesting thing is that defi has the potential to help. Putting the centralisation/decentralisation argument aside for a second, fintech companies can tap into defi protocols to provide financial services to rural areas while making the user experience simple and convenient.

The problem, I fear, is that these solutions will end up neglecting the unbanked the same way that banks do. Why?

It’s expensive (and not profitable) for banks to set up village branches or reach rural farmers. It’s no different for fintech companies and defi protocols. Nobody wants to spend money educating and building trust without a return.

Defi, and the solutions that leverage it, has a chance to be different. Sadly, it appears to be yet another victim of our exclusionary financial system.

Should brands participate in the metaverse? How gaming has helped society level up Hitching a ride on the NFT train