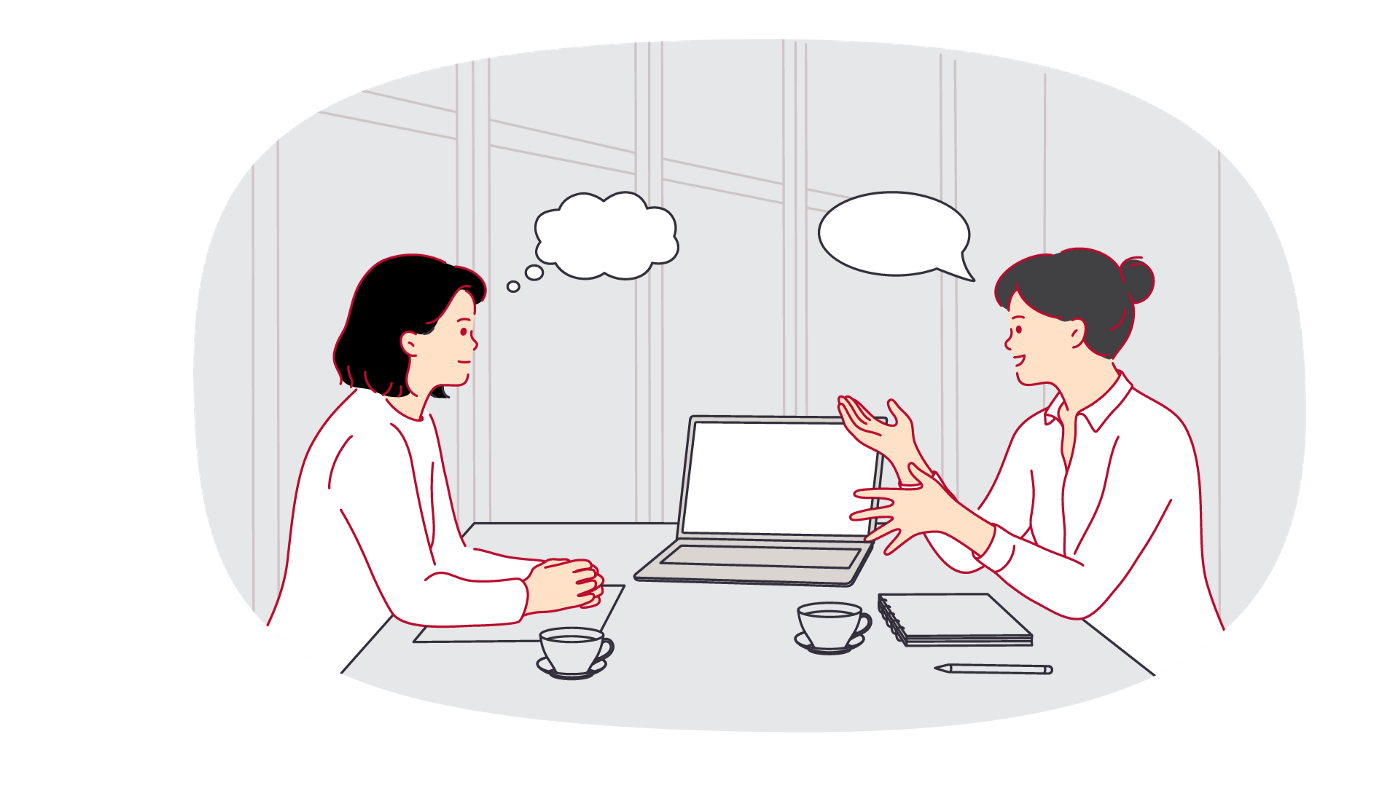 Navigating ‘Ask’ and ‘Guess’ Cultures in a modern world

I first encountered the concepts of ‘Ask Culture’ and ‘Guess Culture’ through a reshared post five years ago (thanks, Facebook Memories).

The origin story goes like this: in 2007, a user on Ask MetaFilter, a Reddit-style Q&A site, asked for help rejecting a friend that continuously self-invited themselves to stay with them. They’d tried to stave her off with vague excuses before, but it wasn’t working any more and they needed a solution. To make matters more difficult, the poster’s wife also felt bad outright rejecting the person.

The responses to the post varied from creative (‘say that you’re fostering a ferret in the spare bedroom and the door has to remain shut’) to straightforward (‘why don’t you just say no?’). But the real epiphany came about 10 hours later from writer Andrea Donderi (username tangerine).

There’s a lot to unpack in this short summary. As a general overview, Donderi broadly defines Ask Culture as a very direct communication style. Ask Culture people aren’t shy to ask for what they want and need. In turn, they’re also used to more direct answers. A yes is a yes. A no is a no.

Guess Culture is much more nuanced because it seeks to minimise the chance of potentially relationship-damaging rejection (very reminiscent of the ‘saving face’ culture predominant in Asia). So, Guess Culture people may try to nudge a person towards the outcome they want with leading sentences instead of a direct request. Ideally, notes Donderi, the Guess Culture person hopes for an offer without having to ask at all.

If Ask and Ask meet, and Guess and Guess meet, then everything is fine and dandy. But when Ask meets Guess, that’s when the problems start.

Direct Ask requests often come across as the communication equivalent of backing people into a corner, which Guess people are likely to take as presumptuous and feel put out. Conversely, Ask people may see Guess’s vague hints and veiled remarks as passive aggressive, and be irritated at having to interpret whether a yes is a yes or actually a no.

For instance, a typical Ask request might look like “Hey, I need your help with this project. Can you help me?” A Guess request, on the other hand, might not sound like one at all: “I have this really difficult project that I’m not sure how to start…”

One is straightforward but requires a hard yes or no answer. The other disguises itself as a statement to avoid appearing an imposition, but implies an expectation for help to be offered — which can often lead to hurt feelings if missed or misunderstood.

Difference shouldn’t be disdained, but bridged

In the Ask MetaFilter thread, half the people decried the self-inviting friend for putting the original poster (OP) on the spot, while the other half said OP was rude because they could’ve just said no instead of wasting the friend’s time with excuses.

Objectively speaking, neither view is wrong. It’s just different communication styles, which naturally results in a clash of perspectives. Bridging this divide requires some communication basics — starting with self-awareness and compromise.

First, know where you stand on the Ask-Guess spectrum. I believe that few people are only one or the other, but most are likely to tend towards one side. If you have a blunt style of talking, prefer honesty and get impatient with waffling, there’s a high chance you tend towards Ask Culture.

But if you have difficulty asking people outright for help, dislike conflict and often worry about imposing on people, then you’re very likely to identify with Guess Culture. (Guesser here, if anyone was wondering.)

Once you’re more aware of how you communicate, it’s easier to recognise and understand difference — and thus to compromise. Effective communication isn’t about us pushing our views on others and forcing them to accept. It’s making sure both sides are heard. We must be aware not just of how we communicate but also how others might communicate — then build in allowances for both styles.

Guessers, for example, can try to be firmer and more direct in their language instead of putting the onus on Askers to pick up their signs. It’s okay — really — to ask directly for help or to say no. Even if the answer isn’t taken well initially, in the long run, this places less pressure on both sides to get it ‘right’ and prevents further disappointment and frustration. Setting healthy boundaries also won’t ruin any relationships worth having.

Meanwhile, Askers can be more thoughtful. Guessers spend a lot of time and mental energy trying to devise win-win interactions to minimise conflict, but they need time to do that. Depriving them of that space can lead to resentment because of “the agony involved in saying no”. If Askers show more consideration in their requests, Guessers will be more comfortable telling them what they really think.

Vanishing context in a digital world

The above practices apply to both in-person and digital communications — especially the latter. As digital communication becomes faster and more ubiquitous, face-to-face interaction is slipping far down the pecking order, creating a contextual gap that further amplifies the Ask vs Guess conflict.

A 2018 survey of US teenagers revealed that over half preferred to keep in touch with their friends digitally (largely texts), while less than one-third preferred face-to-face meetings. With the COVID-19 pandemic preventing and discouraging in-person interactions over the past two years, I’m sure the balance is even more heavily tilted in digital’s favour.

This is a problem because non-verbal gestures and cues are an indispensable part of effective communication. A lot of nuance is contained in tone, expression and body language, which punctuation and emojis are poor substitutes for. Add the speed of digital communication and hurdles such as jargon and abbreviation, and there are fewer contextual clues than ever but far more chances to misunderstand a message — especially through texting.

It’s very difficult for anyone — Asker or Guesser — to interpret intent purely through words on a screen. Guessers are likely to spend more time thinking about and crafting the perfect sentence, as well as overanalysing responses to them. Askers, meanwhile, will find Guess communication even more opaque because they can’t pick up on tonal cues or read body language to unpack layered meanings. More often than not, everyone’s going to get it wrong a lot.

Technology made communication faster and easier — but not necessarily more effective. With more communication happening in the digital space than ever, minimising ambiguity is critical to preserve harmony in relationships.

It’s our responsibility to work harder by putting more thought into our word choices, communication frequency, and even choice of medium. I give as much context as I can when asking for something, and if it’s too difficult to explain in a text, I pick up the phone and call. More conscientious communication will go a long way towards mitigating the Ask vs Guess conflict.

A bit of both worlds

The idea of ‘Ask Culture vs Guess Culture’ created a big stir when it first surfaced and remains relevant even today, 15 years later. That tells me that our communication styles and thought processes haven’t changed much through the years. However, our mediums have, and so we must adapt to overcome the additional hurdles they pose towards effective communications.

It’s easy to surmise that Ask vs Guess Cultures are diametrically opposed in nature and therefore co-existence is difficult. But we mustn’t forget that they are also each other’s counterbalances. The tact and empathy of Guess softens the more confrontational Ask methods. In contrast, Ask’s directness provides clarity and efficiency amidst Guess’s elaborate layers and nuances.

Maybe the first step isn’t to think of this as ‘Ask Culture vs Guess Culture’, but rather ‘Ask Culture and Guess Culture’ (read more on adaptable thinking here by my brilliant colleague Shirani Alfreds). We may tend towards one or the other, but we resonate with elements of both to varying degrees. Despite being a Guesser by nature, I actively strive to be more of an Asker at work because directness is just more efficient when everyone’s busy.

More crucially, we don’t have to choose to be either/or. Culture is constantly evolving, and so are we. Our ability to understand and learn from difference means that we can take the best parts of both Ask and Guess and evolve into something better — if we are willing to put in the effort.