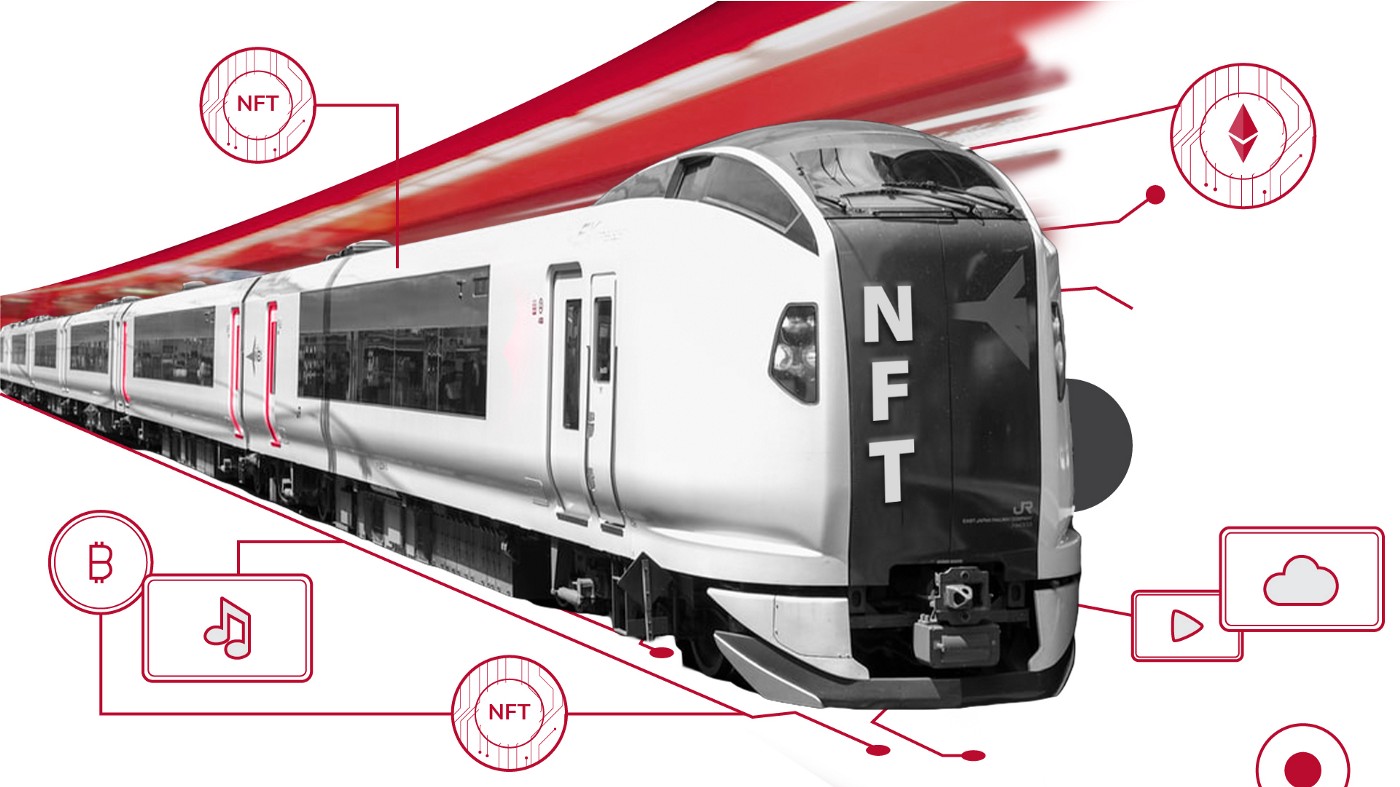 Hitching a ride on the NFT train

Next stop: the metaverse?

Anyone watching the non-fungible token (NFT) space over the last year would be forgiven for throwing their hands up in bewilderment. Not unlike the 2017/2018 cryptocurrency market, the NFT market has produced some staggering numbers. US$1.2 billion in sales in July of this year alone, US$2.5 billion in Q1 and Q2. Some would say it’s sheer lunacy, others would be quick to point out that we’ve only scratched the surface. Either way, or somewhere in between, the NFT train has well and truly left the station. The question is: where is it heading?

We tend to like money, or chasing after it at least. Nowhere has this been more prevalent than speculative bubbles. History provides us with so many examples. Tulips (although this does seem to be a matter for debate), comic books, real estate, tech stocks, commodities, uranium, cryptocurrency, postage stamps. That they keep happening demonstrates just how important quick profit is to us.

NFTs, particularly those representing digital art and collectibles, have been identified as some as the next bubble. I hear people outside the space balk at some of the prices paid for digital art. US$69 million for a Beeple? US$150,000 for a CryptoPunk? And if they’re not balking, they’re seriously wondering what the point of digital art is. It’s not like physical art that you can hang on your walls and admire, they say. It comes across as gimmicky. ‘Can I even display it somewhere?’ they wonder. More on that later.

But first, for the purposes of this article, a distinction should be made between what we commonly know as an NFT (i.e., digital art) and what an NFT actually is. A work of digital art is not itself an NFT. Instead, it’s the ownership of the work that is represented by an NFT. This is important because it helps expand the horizons of what’s possible.

Digital art just happens to be the object that has vaulted NFTs into the spotlight. But there are so many more use cases than digital art. Or even physical art, for that matter. Ownership in literally anything can be represented by an NFT. A sports card, a complex financial instrument, a whisky cask, a contract, an identity. The list goes on.

As such, we seem to be on the verge of something quite big. Not as big as, say, the internet, mind you, but big enough where we should take notice. The way we manage, invest in, sell, and leverage assets is about to change. But we’re stuck somewhere between the desire to modify existing processes and the skepticism that precedes most lasting technological change.

This change is possible because of the ability to tokenize assets. When you create a token that represents legally recognized (I can’t stress this enough) ownership of something, and that token resides on a distributed ledger that can’t be altered by special interests, and that token can move freely in and out of, say, decentralized finance protocols, you have enabled peak asset efficiency.

The traditional financial sector advantages are obvious. The reduction in documentation alone will save millions. It’s the benefits to the average person that remain to be seen. Yes, in theory we’ll be able to find liquid markets for any asset we own, or have our identity represented as an NFT, or finally have a global copyright system. But at present, these things feel far away. If regulators can’t figure out what to do with Bitcoin, how long will it take until they confront the possibility of, say, NFTs for identity?

While we’re waiting, though, there is another massive use case for NFTs. One that isn’t in the physical world, as such; one that goes far beyond digital art.

Metaverses are, in short, shared digital 3D spaces. They can be completely imaginary, made to emulate the real world, or fall somewhere in between. People, represented by avatars, can inhabit these spaces, communicate, trade, and do pretty much anything else that can be done in the real world.

Metaverses aren’t a new phenomenon. Author Neal Stephenson coined the term all the way back in 1992 in his novel Snow Crash. Ready Player One features a metaverse, as does the game Second Life.

What’s different about the metaverses we are seeing today — Decentraland, The Sandbox, and others — is that they are decentralized by design. No single entity owns or controls them. They leverage blockchain networks for things like issuing a native currency, voting on proposals, and ensuring object ownership.

Where do NFTs fit in? They provide the backbone of object ownership. Every single thing that exists in a metaverse, from land and buildings to creative works and avatars, is represented by an NFT that resides on a public blockchain network — meaning anyone can verify ownership at any time.

If you buy land, the metaverse knows you own it not because a property registry entity says so but because an immutable and metaverse-wide public record says so. Same goes for your avatar (identity), house, and any other object you buy or create. No one can subvert the ownership record and there can be no expropriation or confiscation.

We don’t even have this in the physical world. Property registries aren’t always respected, copyright infringements happen on the regular, and confiscation remains a punitive measure selectively imposed by authorities. Even if you put a physical-world property registry on the blockchain, the authorities can still choose not to respect it.

So far, the role of NFTs in the metaverse is perhaps best exemplified by Sotheby’s foray into Decentraland. Every object, from the digital replica of the auction house’s galleries, the avatar of Sotheby London Commissionaire Hans Lomulder, the digital art hanging on the walls, and the auctioned items, are represented as NFTs that can be bought and sold within Decentraland and, in some cases, transferred between metaverses as well.

The obliteration of ecosystem silos is what makes that last point — termed interoperability — so intriguing. Imagine being able to seamlessly move objects from one metaverse to another with ownership respected in both jurisdictions. Or transcendental copyright and identity systems. These are important things for any society, physical or digital.

It is worth noting, however, that interoperability is still very much a work in progress, both at the blockchain and metaverse levels. The potential is there, and we have groups like the Open Metaverse Interoperability Group to guide the process, but it will take time and diligence to keep metaverses truly open.

While it is true that NFTs have great potential in the physical world, it could be a while before we see any widespread usage outside of the financial sector. Regulation and infrastructure need to catch up, as do our own understanding and willingness to trust a new ownership paradigm.

Blockchain-based metaverses, in stark contrast, are ready now. NFTs are part of the foundation, not some add-on. They are leveraged by design to create societies in which we can trust ownership records and get fair value for our creative work. And as metaverses continue to mature and expand, it’s not outside the realm of possibility that we use them as testing grounds for NFT applications in the physical world.

For those not guided by the quick profits afforded by bubbles, a future with NFTs is only just beginning. I, for one, am excited to see where the NFT train takes us.

Should brands participate in the metaverse? Who is decentralised finance really helping?