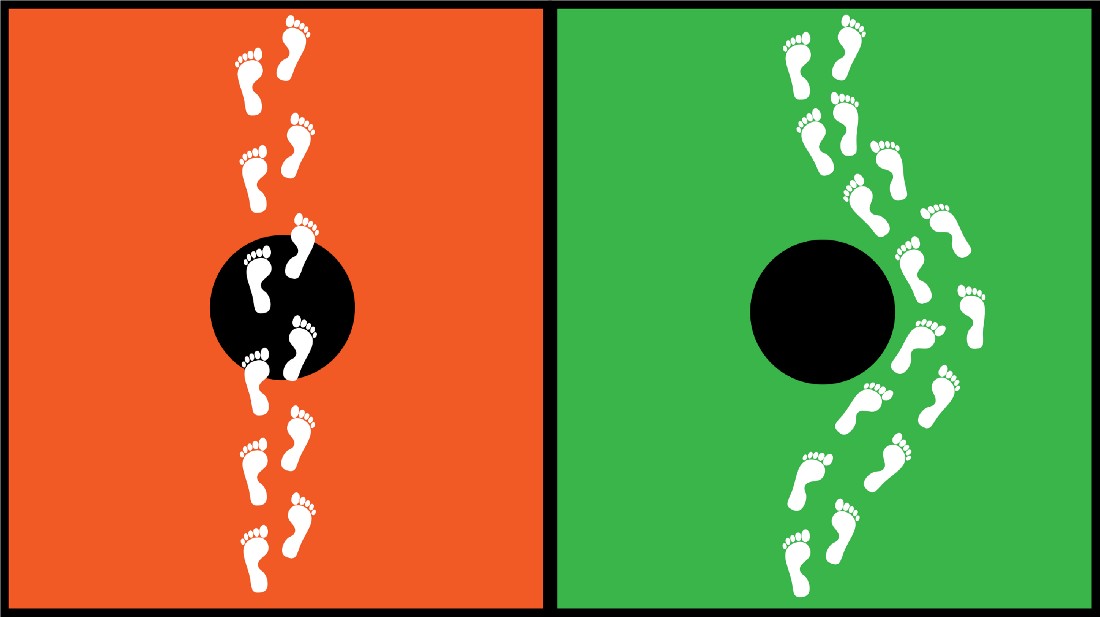 Cultural context in global campaigns: How to communicate effectively

With the rise of multinational companies, many managers have adopted the “Think Global” mindset — they want to have their products and services in as many parts of the world as possible. A crucial step in preparation for going global is a thought-out, localised marketing strategy. Companies do an in-depth analysis of the market, the demographics, needs and opportunities, and then try to push their product out if they see a fit.

It all seems straightforward, however, companies often fail within the first few months after market entry, despite applying an approach that has been validated in the market of their origin. In fact, 85% of internationalisation efforts fail. But what is going wrong? In most cases, it’s the result of an intercultural misunderstanding — cultural context was not taken into consideration or was only touched upon superficially.

Cult of ignorance in corporate communications

There are a number of elements that factor into context: time of day, physical location, ambient noise, your own background, values and beliefs. Imagine the reactions of your friends when whispering to them at a concert or shouting at them in a library. How would the people around you react? In the first case it’s unlikely you’ll be heard and in the second case, you’ll certainly catch some angry looks before being escorted out.

Everybody understands this differentiation when applied at the most basic level— person-to-person communication. Yet, when applied to a more complex level, like corporate-to-public communication, the awareness of different contexts gets lost. And when mistakes get made, excusing them for ignorance isn’t a very good look.

With companies trying to market their products internationally, there have been major mishaps in the past. German automotive giant Mercedes, who entered the Chinese market under the brand name Bensi — Mandarin for “Rush to die.” Baby-food manufacturer Gerber, who entered the African market with its infamous baby on the label, was unaware that because of the low literacy rate, Ethiopia puts pictures of the food inside on the labels instead of writing it out.

Why ze Germans don’t understand the Chinese and vice versa

At the core of a successful international communication strategy lies the understanding of The Cultural Context in Communications, a 40-year-old concept first described by Edward Hall in his 1976 book “Beyond Culture”. Hall identifies and describes how low-context and high-context cultures need to be approached differently for any form of communication.

Low-context cultures prefer a more direct style of communications — taking the shortest path to a pragmatic goal. This is very typical for task-oriented cultures that value the meticulous wording of a legal document, expect messages to be explicit, and prefer precision in the written and spoken word.

In high-context cultures, on the other hand, verbal messages play a comparably small role in communications. Instead, the context in which a conversation takes place is more meaningful. Additionally, non-verbal cues and between-the-lines messages are expected to be understood, while personal bonds or informal agreements are far more binding than a written contract.

The correct identification of low- and high-context cultures will give you a useful framework for choosing the appropriate means of communication with business partners, potential investors, and your target audience when launching a global campaign.

Understanding who communicates how

At a one-to-one level of communication, high-context cultures prefer face-to-face meetings or video calls to better read your visual cues. Low-context cultures would rather receive a letter, fax or email so as to have a binding record of your conversation.

The former can misinterpret pragmatic, direct, and rapid communication as impatient or aggressive, while the latter can regard a wordy and indirect style of communication as dishonest or misleading. It’s therefore crucial that you are aware of the level of context your counterpart identifies with, acknowledge the value of their communication style, and even adjust your own accordingly. Intercultural competence and the ability of adapting your communication style is becoming a valuable asset for any global leader and marketeer.

At a mass communication level, content like corporate presentations, publications, and profiles differ significantly based on cultural context.

In low-context cultures, presentations are often text-heavy, with an explicit description of the service offered, a precise company overview, and a large number of details with references to facts, figures, studies and scientific research. This makes it easy for the recipient to make a decision based solely on the material.

In high-context cultures, presentations are shorter and less detailed, visuals are used more often, and there is almost no reference to statistical data or scientific research. That doesn’t mean that less effort has been put into the material. Far from it. Instead, metaphors and emotions have been subtly incorporated to establish a more direct form of contact — perhaps via a phone call or an in-person meeting.