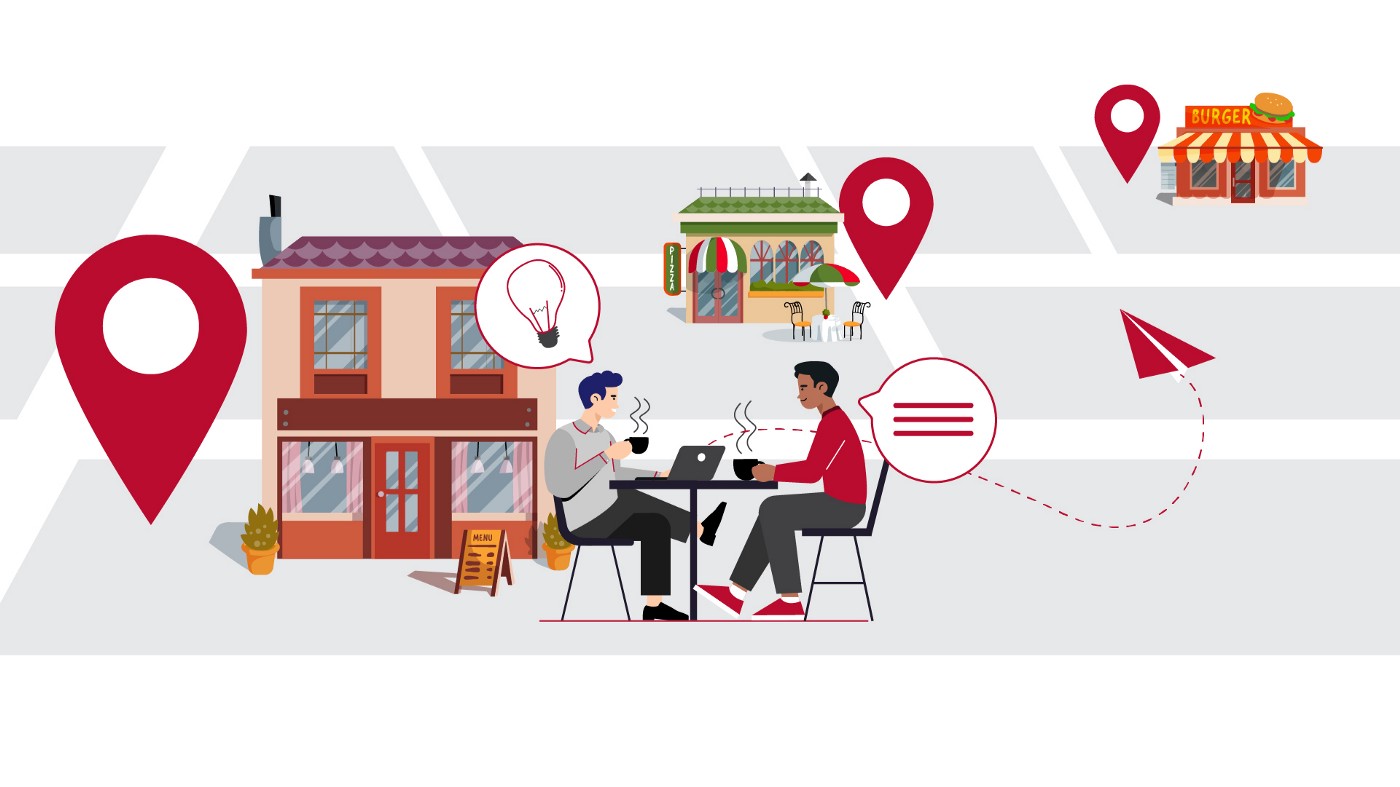 It’s all about time, place and location. And sometimes the food.

I’m an Account Executive in the public relations (PR) field in Korea. I write press releases, meet a variety of people, and I think I’m pretty decent at making a PowerPoint presentation. But if you ask what I find most challenging, it would definitely be meeting reporters.

I consider myself a bona fide extrovert and I don’t have a problem getting along with strangers. At university, I was in a traditional percussion band and performed in front of hundreds of people. I joined many clubs and organised many club activities. I even graduated with a degree in Advertising and Public Relations. But when it comes to building relationships with reporters, I find walking the tightrope between camaraderie and business professionalism very challenging because it’s such a grey area.

The first step to a long and fruitful relationship with a reporter is to get that initial meeting right. A big part of that boils down to choosing the right restaurant to have the meeting at.

The meal maketh the meeting

Here’s two important things you need to know about Korean culture: face-to-face meetings are crucial to relationship-building, and meals are more than just a way for us to fill our stomachs — many social interactions revolve around food and mealtimes. As PR professionals, when we’re trying to establish a connection with the media, we need to be conscious of both these factors.

First-time meetings between PR professionals and journalists are usually done over a meal in a restaurant. While the meal isn’t the be-all and end-all of a first meeting, a good meal in a nice setting will make a positive impression and get the relationship off to a great start. That’s why it’s so important to choose a suitable restaurant — especially because it’s one of the only variables I have true control over before I meet the journalist.

Generally, choosing a restaurant for a happy meal (pun intended) is always subject to three important factors: Time, Place and Occasion. For a blind date, you might want somewhere with a quieter atmosphere and dimmed lights for that romantic vibe. If seeing friends, perhaps a trendy restaurant you’ve all been dying to go to for a memorable night. But if you’re meeting an important client, then you would reserve an upscale restaurant with fine food to impress them and to reflect how seriously you take the meeting.

In some ways, PR practitioners meeting journalists for the first time includes all of the above. It’s like a blind date because you don’t know what to expect, but you want to leave a good first impression so they want to stay in touch and meet again. However, you also have to keep in mind that it’s ultimately a business meeting to achieve business goals for both parties. It’s definitely a very unique relationship that I’m constantly trying to navigate well.

A good meal in a nice setting will make a positive impression and get the relationship off to a great start. It’s one of the only variables I have true control over before I meet the journalist.

Here are the three criteria that I use when I decide what restaurant to meet a reporter in. While I am based in Korea and these tips reflect that, I hope they are also useful for PR executives (or anyone that is having an important meeting in a restaurant!) wherever they might be.

In major cities with extensive transport networks like Seoul, many people opt to use the subways and light rails as they are faster, cheaper and more convenient. Not everyone has equal access to private transportation, and buses often take too long because they have too many stops.

Choosing a restaurant close to a subway stop saves effort and also minimises exposure to the weather, which can vary drastically in a four-season country like Korea. You don’t want to have to walk far to a meeting in the hot summer sun or the brutal winter cold, and neither does your reporter counterpart. It’s never a good idea to put people in a bad mood before they’ve even reached the restaurant.

Have a moderately quiet atmosphere

I once decided to meet a reporter for the first time at a very popular restaurant, which everyone that I had taken there had loved. But when I arrived, I realised that I had made a huge mistake. The music in the restaurant was just way too loud and conversation was nearly impossible. Most of the conversation we ended up having was punctuated frequently with “what did you say?” and was ultimately not very meaningful.

The next time, I chose a Japanese restaurant that was well-known among foodies and had private rooms so that conversation would be easier. But here, I had the opposite problem: it was too quiet. Since it was just us in the private room, the silence magnified the tiniest sounds and made it cripplingly awkward. This was obviously not conducive to relationship-building.

Since then, I’ve made it a point to check the distance between tables in a restaurant instead of booking private rooms. I also check restaurant reviews to see if anyone mentions that the restaurant is noisy. The perfect balance would be a restaurant that isn’t so busy or loud that conversations are drowned out, but which still offers a moderate level of white noise to put people at ease.

Many famous Korean restaurants serve food in a large common pot on the table, which continues to cook the food as you eat. This keeps the food warm and helps the flavours intensify. Other popular dishes in Korean cuisine include Korean barbecue and lettuce wraps, both of which require you to grill the meat or make the wraps yourself.

While I’m a big fan of these, it’s best to avoid this style of cuisine — as well as fiddly foods like soy marinated crab, which you have to get your hands dirty to peel — for a first-time meeting. You’re trying to make a good first impression. The last thing you want is having to worry about making a mess or spilling food. Instead, choose easy-to-manage dishes that can be eaten with regular utensils.

You have limited time to introduce yourself and your client, so you want their attention to stay on the conversation and focus on article ideation instead of getting distracted by the food. Good food is a nice bonus, but it’s not the main point of the meeting.

Meeting journalists for the first time is like a blind date because you don’t know what to expect, but you want to leave a good first impression. However, it’s also ultimately a business meeting between two parties.

The start of a wonderful relationship

For PR account executives like me, choosing the right restaurant for a meeting is just the first step. There’s still a lot of work to do once you’re actually in the restaurant with the reporter. You have to talk about industry trends, introduce your clients and make them appealing to the reporter, and build a relationship that’s comfortable enough that they would be willing to meet you regularly.

This requires a lot of homework before you ever have that meal. You need to research what the reporter writes about, the industry that they’re in and what is most likely to pique their interest. You also need to be familiar with what your client does and find that crucial hook that would make your client appeal to the reporter. If you can relate these to current industry trends, so much the better — and it gives the reporter the impression that you really know your stuff.

A final message to my fellow PR executives: remember that you are ultimately the key in all this. A nice setting and great food are wonderful enhancers to boost synergy, but they can only amplify what is already there. As long as you do your research, treat the other party with respect and add value, you should have no trouble building a fruitful business relationship even in the worst settings. Everything else — restaurant included — is just the icing on the cake.