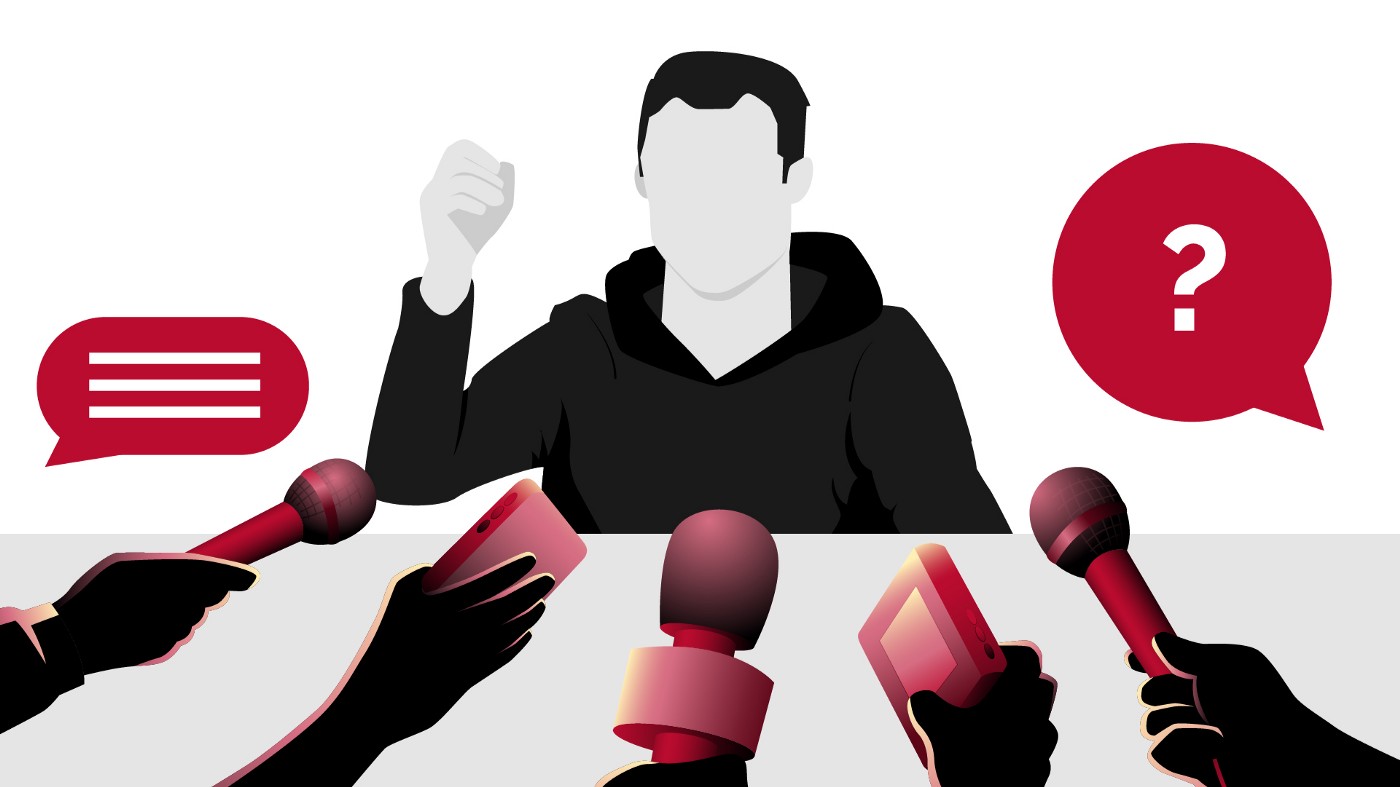 They still have their place, but they must evolve with the times.

Press conferences and on-field interviews have long been accepted as part of the ecosystem of top-tier sports. Broadcasters, tournaments and associations require players to make themselves available for pre- and post-match conferences. The media’s role is to provide direct commentary from sportspeople to the public, and as a by-product, increase fan engagement with the sportspersons and the brands they represent, which ultimately raises the sport’s profile.

This may have been a win-win in the past. However, with the advent of social media, the role of press conferences has become increasingly obsolete. Why, then, do we still insist on making press conferences mandatory for players?

This debate is usually split into two camps.

The first believes that speaking to media is just ‘part of the job’ for sportspeople. Given how influential publicity is in increasing viewer interest, there’s a prevailing expectation that players talk to the press. A common sentiment: “Well they’re earning thirty million dollars, so they should be able to handle the media.”

The second camp believes that players are players first and foremost. Their job is to play, and not to have to worry about answering bland and seemingly inconsequential questions from the media ( “So, tell us about the game”, “What are your thoughts on the game?” or “How did it feel out there?”)

This isn’t a new discussion. In 2014, NFL running back Marshawn Lynch created a stir by refusing to participate in media conferences and paid a hefty US$100,000 fine. Lynch subsequently showed up for media appearances, but only gave monosyllabic answers or repeated phrases such as “Thank you for asking”, “Y’all know why I’m here” and the iconic “I’m just here so I won’t get fined.”

That was perhaps one of the most controversial incidents of its time, but it was far from isolated. In 2018, NBA star LeBron James walked out of a press conference after being repeatedly questioned about teammate JR Smith’s mental health, who had earlier committed a crucial last-minute rebounding blunder. James said only: “Be better tomorrow” to the media as he left.

Fast forward to May 2021. Tennis star Naomi Osaka, a four-time Grand Slam singles winner at just 24 years old, was fined US$15,000 after refusing to do press conferences at the French Open to protect her mental health. Ultimately, she pulled out of the tournament. Osaka was accused of setting a “dangerous precedent”; apparently, if she doesn’t attend a press conference, the world would be less interested in tennis.

To be fair, it isn’t always doom and gloom. Press conferences have brought us some incredible moments — my favourite being Rafa Benitez’s ‘Facts’ rant and the subsequent polite chants sung by football fans across England. But the recent intense scrutiny over mental health among athletes and their press commitments clearly shows that there’s a lot that needs fixing.

Looking at both sides of the game

Objectively speaking, sportspeople and the media can have a symbiotic relationship. Interesting matches create content that people want to read about or learn more about — the media can capitalise on this to drive viewership numbers. Meanwhile, publicity provided by the media helps increase fan engagement for the players and brand reach for sponsors, which contributes financially to the sport. However, problems arise when all parties involved fail to consider and respect each other’s ways of communication.

For instance, the refrain that emerged over Lynch’s case was that he was ‘selfish’ and ‘attention seeking’. A sports editor even said, “If he really didn’t want to talk and not be the centre of attention, he would fall back into the majority of players and give simplistic and trite answers to every question.” To me, that statement only reinforces Lynch’s unspoken point: if the ‘majority of players’ are giving ‘trite’ answers to questions at press conferences, then what value remains of holding press conferences in the first place?

It’s said that there are no stupid questions, but according to Osaka, that isn’t always true.

“I’ve often felt that people have no regard for athletes’ mental health and this rings true whenever I see a press conference or partake in one. We’re often sat there and asked questions that we’ve been asked multiple times before or asked questions that bring doubt into our minds and I’m just not going to subject myself to people that doubt me.” — Naomi Osaka

She makes a fair point. I know that it can be frustrating for journalists when players aren’t forthcoming with answers. However, the onus is on them to ask intelligent and meaningful questions that are directly relevant to the sport in question and focus on giving people insight into the game and match play. After all, that’s why people follow sportspeople — to better understand the games that they love and follow.

If press conferences are filled with questions about players’ personal lives or are purposefully controversial, is it any wonder sportspeople are resorting to ‘trite’ answers or refusing to engage?

The power of perspective

A player has just spent the last couple of hours giving their best in a match. They’re mentally and physically exhausted, likely somewhat emotional (especially if the game they played didn’t go well). On top of this, they must now go out and face a barrage of questions that may or may not be relevant to the game they just played — not ideal conditions when they’re already emotionally and physically worn out from the match.

I’ve seen a strong sense of entitlement expressed by non-players, ranging from spectators to the media to sports organisations. Iterations of “The media made her what she is, if she can’t handle it, she should stop playing” are plastered all over social media and veiled within chiding official statements. This argument is the same as that used in celebrity culture: “You wouldn’t exist without publicity and the media”. Consequently, there’s a mismatch of expectations where the public believes that sportspeople ‘owe’ their success to them.

Objectively speaking, sportspersons and the media can have a symbiotic relationship. However, problems arise when all parties involved fail to consider and respect each other’s ways of communication.

There has to be an assessment of celebrity culture in sports, which is the basis for these mismatched expectations. It does seem like we are asking a lot from people whose primary job is to play sports well. We forget that it isn’t their responsibility to navigate PR waters, especially in a vulnerable state. But the reality is that this tension of mismatched expectations isn’t going away any time soon, so we need to find a way to balance the scales.

What can be done better

One of the biggest issues in the current scenario is that press conferences don’t allow for much depth in their current format.

Journalists are usually limited to just one or two questions, forcing them to either stick to high-level and generic questions, or to focus on those that will get them the most sensationalist quotes and serve as clickbait for their online articles. Understandably, this leads to an unpleasant experience for sportspeople, who then object to press engagements because they feel targeted and vilified by the media.

This is an unfortunate development as ultimately, both parties are working towards the same goal: to provide insight into the match and to share their experience with the audience.

It’s important that sports journalists remember their true role: to help the general public understand sports and players. With the right questions and their own experience in the field, journalists can provide insights, break down the technicalities of the sport and provide a more nuanced human element to the sport and the players involved. Additionally, the more that sportspeople feel that journalists are genuinely interested in their opinions and experiences, and are actively helping them tell their stories, the more forthcoming the sportspersons will be.

Some other potential solutions that spring to mind include:

This is not an easy problem to solve, but the point is that press conferences need to evolve with the times to better serve all parties — especially with the rise of social media, which allows players to engage fans at an unprecedented level through posts, pictures and videos. The media is no longer the sole conduit, so it must change its approach to continue to provide value and stay relevant to both sides. The “you’re nothing without me” argument goes both ways, after all.

Ultimately, we need to remember what press conferences are for: to help players get their stories told, for journalists to deliver news of real value, and for the public to get a better understanding of the sport. It’s in everyone’s interests to make the experience valuable for all involved — and that starts with a little more empathy from everyone.

And maybe, if everyone approaches their press conferences as Louis van Gaal does, we wouldn’t be in this situation in the first place. Something to think about!