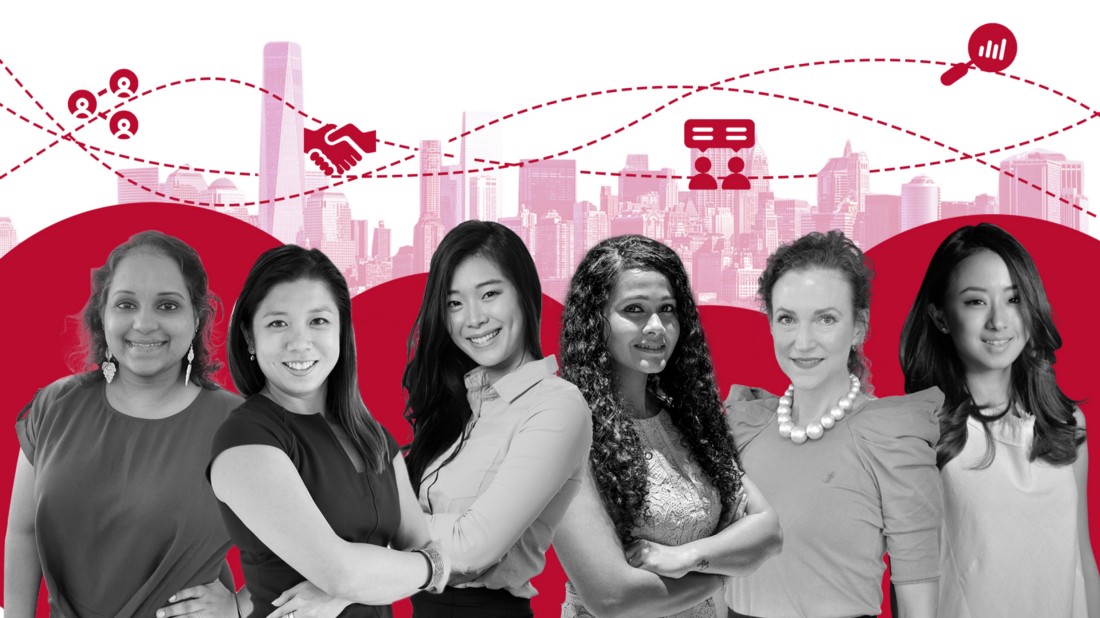 Why we #ChooseToChallenge at Redhill

Our strong, independent Redhill women weigh in on gender equality at the workplace.

Women have and continue to play an invaluable part in building the Redhill legacy. Our co-founder is a woman. Our first expansion to Europe was led by a woman. Over half of the global Redhill team are women, and so are three-quarters of our leadership team.

We know first-hand the incredible feats that women are capable of and Redhill would not be the organisation it is today without them. It’s inconceivable that, across the world, women are still paid less and still have to face widespread gender-based discrimination at work.

We’re a proud supporter of #ChooseToChallenge — the simple yet powerful campaign theme of this year’s International Women’s Day (IWD). But what does it actually mean to make that choice? What can all of us do to take up the challenge?

Well, our Redhill women have a thing or two in mind.

So far, so good — but that’s not good enough

There’s no doubt that the last decade or so has been revolutionary for gender inclusion and female empowerment in the working world.

“I think we have seen a tremendous shift towards a more diverse workspace in the past 10 years or so. I see a lot of young women starting their own companies and holding senior-level positions. I am fortunate to say I haven’t personally experienced any disadvantages of being a woman in a leadership position at all,” says Tien Ma, Managing Partner (Germany).

“More and more organisations are taking active steps to eliminate bias and prejudice. Gender isn’t even brought up in conversations about professional competency among my own friends and colleagues,” says Ann-Marie Eu, Senior Director.

Despite this progress, gender inclusion is still far from gender equality. “In 2020, there was a record high of 37 female CEOs leading Fortune 500 companies. Do the math — it’s only 7.4 percent. Even the PR industry itself, while dominated by women, is still imbalanced when it comes to women in top leadership,” says Ann-Marie.

The numbers don’t lie. According to PayScale, women are still making less than men “due to no attributable reason other than gender”, which can translate to as much as US$80,000 lost over a 40-year career even after controlling for various compensable factors. COVID-19 has further exacerbated the situation; Antonio Guterres, United Nations Secretary-General, wrote that women are 24 percent more vulnerable to losing their jobs than men and the gender pay gap has widened further due to the pandemic.

What progress has been made thus far is still far from universal, too. “We are seeing more empowerment for working women in advanced countries, but many women still struggle to maintain a work-life balance in patriarchal societies in developing countries. In many parts of Asia, women are expected to prioritise taking care of their children and husbands over career advancement,” says Marienelle Castelino, Interim Managing Director.

It’s all in the mind

Gender bias at the workplace can be encapsulated in one incisive observation, recently overheard: “Have you ever noticed that when people complain about a male leader, they never say ‘Oh, it’s a male boss’, but when it’s a woman, they’re automatically ‘that awful lady boss’?”

This inequality is a multifaceted product of hundreds of years of prejudices, stereotypes and varied gender norms. “Although this cultural legacy has been diluted over time, it persists at all levels, ranging from the government to the family unit. I have lived in both the East and the West; there remain many differences in what cultures consider as a woman’s ‘place’ in society and in the home despite more and more women taking ownership of their lives,” says Tavy Cussinel, Interim Managing Director.

Strong female leaders like Jacinda Ardern and Indira Nooyi prove that gender doesn’t affect an individual’s ability to do a job well. However, the stereotype of women being the ‘weaker sex’ remains obstinately entrenched. “People still think females are weak or emotional and cannot lead. This mindset or bias gets reflected — consciously or unconsciously — in hiring and promotions,” says Charu Srivastava, Senior Director of PR.

Changing these perennial misconceptions continues to be top priority in gender equality movements — and for good reason. Without a genuine mindset shift, workplace initiatives to eradicate gender bias often come off as token concessions for the sake of mandated compliance or positive PR. This does nothing to dispel negative preconceptions. In fact, people are then more likely to misconstrue female empowerment as a threat to patriarchal hierarchies and to traditional concepts of the ideal woman, causing them to dismiss or resent the achievements of successful women.

This phenomenon isn’t exclusive to men, either. “There seems to be a high level of competitive thinking from woman to woman. I still see a lot of hostility between female leaders and I’ve experienced women trying to belittle me or talk my achievements down,” says Tien.

Appearances are also still used as a weapon to belittle a woman’s success. “It’s a common assumption that successful women are successful because of their looks instead of their hard work, which is hurtful and slows down the progress we’ve made towards breaking negative stereotypes and improving the situation,” she says.

For gender equality to achieve any real momentum in wider society, women must stand united. “Women need to support other women. We need to create a supportive environment where we learn and seek counsel from each other, as well as help each other succeed all the way from the bottom. As women, we need to draw on our strengths as leaders, daughters and mothers to redefine expectations and succeed as effective female leaders,” says Marienelle.

Getting the other side of the story

A common refrain from women in these gender equality conversations is that they want to be heard. For them, equality isn’t about saying that they’re better than men — or anyone else, for that matter. It’s simply about reclaiming their voice and being able to tell their side of the story without it being filtered through a patriarchal lens.

Differences in how the genders communicate can pose a challenge for women to be heard. “Women are listeners. They give space to others to speak so that their stories can be told. Sometimes men can take advantage of that space and talk through the silence, or even over women, because women will stop talking as only one voice can be heard at a time,” notes Tavy. This disparity is even more obvious in the age of virtual meetings, with a US study revealing that 45 percent of women business leaders reported difficulties speaking up on virtual calls.

Speaking up at the workplace has been a longstanding issue for women. “There is an interesting study that looked at what deters women from leaning in and speaking up. They found that when it comes to confidence at work, the men excel while women hold back. ‘Women feel confident only when they are perfect.’,” says Ann-Marie.

This isn’t without good reason. Many women have faced backlash at the office for sharing their thoughts and opinions, especially on sensitive subjects, so it makes sense to build an ironclad argument before taking the risk. But the less you speak up, the less you’re heard.

Organisations, suggests Tien, can create safe spaces for women to voice their opinions. But she also advises women to simply take a deep breath and go for it. “Weigh up the advantages and disadvantages. What’s the best and the worst that could happen if you do speak up — or if you don’t? It’s likely that the advantages of speaking up and making your point outweigh any potential disadvantages. Keep reminding yourself why you’re doing what you do,” she says.

Women can take the lead in breaking the glass ceiling by shattering it in their own minds first. “There are inherent and structural biases that need to be overcome, but it’s also important for women to change their own mindsets,” says Natalie Chua, Deputy Managing Director.

“Many limitations and barriers to success are rooted in a woman’s own self-doubt and perception of expected bias, creating a self-fulfilling prophecy. We need to reject the notion of the glass ceiling altogether so that we can think and act freely without the shadow of these actual or perceived barriers looming over us. Only then can we realise our full potential,” she says.

Gender equality is a very timely and pertinent topic, but we at Redhill believe that it’s only the start of a much larger conversation that we need to be having about equality for all.

As an employer, having strong female representation in our workforce didn’t happen on purpose — it was simply the result of our merit-based hiring and promotion process. We want to build on that foundation and push the boundaries to normalise the absence of discrimination — not just for women, but for everyone.

Change starts with us as individuals. Better communication is crucial to broaden personal horizons and encourage more tolerance for differences. “Understanding how each gender communicates and learning inherent skills from each other will serve a better purpose than women ‘overcoming challenges’. Let’s reset the narrative to one of equality rather than women having to strive harder,” says Tavy.

It’s also important to be mindful of inherent bias. “We all think with stereotypes — biology hardwired us to do this to take some work off our brains. But we need to be more mindful when we meet other people and check to see if we are unconsciously projecting these stereotypes. Acknowledging and critically analysing them is crucial to fix these age-old problems,” says Tien.

In doing so, we become more aware of the impact of our words and actions, as well as the casual discrimination that they may unwittingly perpetuate. “Be alert towards actions and comments that may make others feel uncomfortable, even if they don’t say so. It’s easy to be dismissive and make excuses by saying ‘it was just a joke’ or ‘don’t be such a snowflake’, but even if the comment wasn’t made with malice, we can all do better to educate each other and eliminate discrimination around us,” says Ann-Marie.

Ultimately, the gauntlet being thrown down by IWD’s #ChooseToChallenge theme this year is for us all to acknowledge and address the existing imbalances in our world. It’s about coming to terms with the idea that we are equal as human beings and choosing to break down the barriers that prevent us from reaching our full potential — both as individuals and as a society.

When equality becomes the standard instead of the aspiration, that’s when we’ll know that we have achieved true success. Change is never easy, but we’re no strangers to challenges — and this is one challenge that we’re proud to take on.