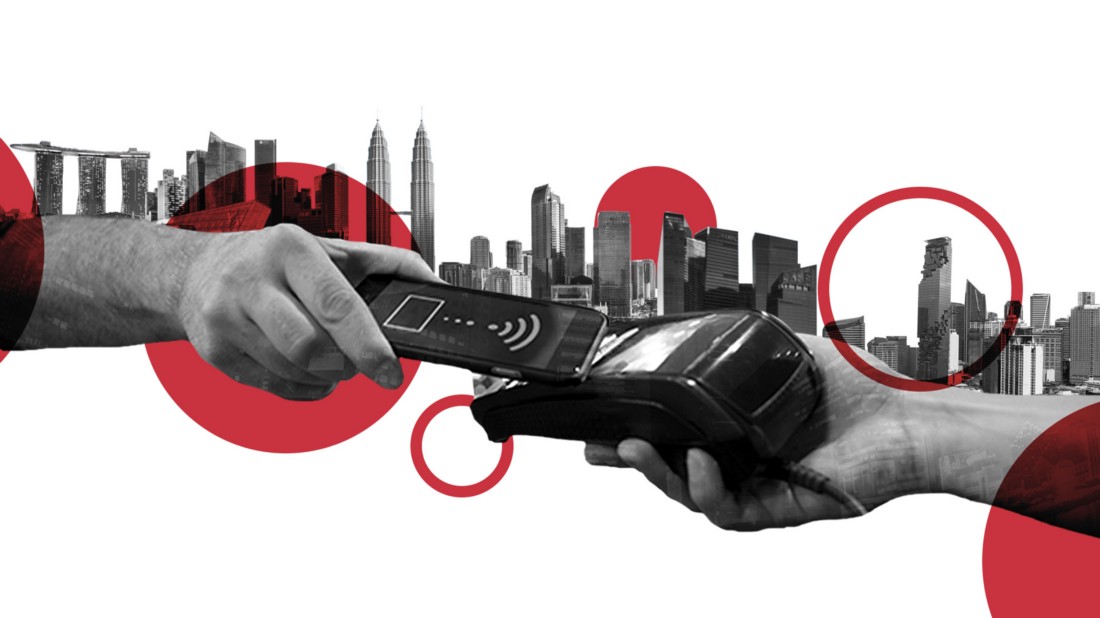 The e-wallet battle in Southeast Asia

Walk down the street in Jakarta, Kuala Lumpur, or Singapore and you can’t help but notice the number of e-wallet service stickers on display at coffee shops, convenience stores, and any other merchants you happen to pass. It’s a curious phenomenon, and indicative of the desire for tech companies to eventually become a bank.

The surge in apps has reached inundation levels for both consumers and merchants. In Malaysia alone, 43 such licences have been issued — a mind-blowing number in a market already well served by bank cards.

Competition, in turn, is fierce. Local startups vs. global players vs. crypto companies vs. lifestyle apps, with little differentiation between them in terms of service offering. But there is one additional contestant that it is about to enter the ring, and perhaps change the game entirely: the Goliath commonly known as Facebook.

What is an e-wallet?

Some examples: in Indonesia, you can top up your Ovo account for spending at merchants; in Malaysia, you can receive a BigPay MasterCard that can be used wherever MasterCard is accepted; in Singapore, NETSPay integrates your bank cards for an easy, app-based payment solution.

Cryptocurrency solutions have yet to produce a significant player, but there is a Goliath lurking on the horizon that wants to change that.

Why e-wallets in the first place?

You might be wondering what the point of e-wallets is. Why use such a service when you can just whip out your debit card that is linked directly to the account you get your salary in? Why go to that extra step of topping up your e-wallet balance from your salary account?

What about sending money to your friends? Maybe. Interbank transfers are cheap and easy, so the value-add of e-wallets is marginal at best.

If you’re one of the many people in the region without a bank account, there’s a much stronger use case. However a case still needs to be made that trusting your money to a private company is the best alternative to a bank (or simply carrying cash).

Not surprisingly, these e-wallet providers use discounts, interest payouts, rich budgeting and security features, and rewards to build a user base. Merchants are induced by zero or low fees — made possible because transactions take place outside of the fee-laden card payment network.

There’s a lot to like about e-wallets, but their utility, particularly in rural areas, remains questionable.

Crypto to the rescue?

Enter crypto companies and their hyperbolic promise to bank the unbanked. There were suddenly hundreds of cryptocurrencies and soon-to-be dapps offering a litany of decentralized financial services, from lending to micro-payments. Low or non-existent fees was a major selling point. So was the idea that there were no barriers to access.

Except there were. Volatile tokens, high fees, long wait times, need for technological know-how, and multi-step onboarding all contributed to a dramatic reality check.

No player has so far emerged as a competitor to centralized electronic fiat solutions. There are some promising projects focusing on usability and the need to transact in a stable cryptocurrency, but they have yet to gain traction.

Even when a player does emerge, there is still the issue of building a consumer and merchant network. It’s hard and expensive work to convince people to use and merchants to accept a cryptocurrency that isn’t their national fiat currency.

When Grab and Go-Jek — two of Southeast Asia’s largest lifestyle apps — launched, processing payments within the app was a crucial selling point. The two services offered card integration as well as the ability to top up your in-app wallet at merchants or using your bank account.

The logic made sense: handle the payment behind the scenes so that riders and drivers don’t have to exchange cash. If you’ve ever been in a situation where the driver doesn’t have change for the large-denomination bill you just got from the ATM, you’ll understand how valuable this is.

But as the two services spread, along with the number of things you could do in the apps (order food, book a massage, deliver a parcel), people without bank accounts were now significant consumers and/or drivers. They were either paying cash, topping up their in-app wallet at merchants, or, in the case of drivers, receiving money to their in-app wallet.

This set of circumstances presented an interesting opportunity: if the two services could link their in-app wallet to physical and online merchants, they could represent a legitimate current account/debit card alternative.

And while these are impressive numbers at this stage, they have limits. Ovo, for example, is only available in Indonesia. What happens when a user goes abroad? The service is useless.

If you can’t beat them, join them. BigPay’s solves the growth limitation problems by issuing a MasterCard as part of its e-wallet service. The service is only available to Malaysians for now, but leveraging MasterCard’s merchant network means millions of merchants are available to BigPay users.

This is the Revolut model. Combine the best features of an e-wallet — budgeting, spending tracking, analytics, savings, discounts — with an instant merchant network courtesy of MasterCard. Add in preferred currency exchange rates and you have a top-notch solution.

The problem: licensing requirements in each jurisdiction makes expansion difficult. Revolut has experienced this in its attempt to launch in markets outside Europe. (It did eventually launch in Australia, Singapore, and the US.)

PayPal, Google, Apple, WeChat, Samsung, and the like. They are lurking, but so far haven’t made much headway in Southeast Asia. WeChat Pay is already in use in Malaysia, while both Alipay and WeChat Pay have received licences to operate in Indonesia. In Singapore, Apple Pay, Android Pay, and PayPal are in use and somewhat popular.

With the exception of WeChat Pay and Alipay, the other solutions are global in scope. It’s unlikely that they’ll emerge victorious in Southeast Asia. There are other, more lucrative markets to focus on. WeChat and Alipay certainly have the clout to develop a merchant network, but will likely run into trouble courting users when local options are available.

Goliath on the horizon

If there’s one thing no other e-wallet service can boast, it’s a network of 2+ billion people. Every other player has had to build its market from the ground up. Facebook already has it. And guess what? Facebook’s users would love a way to transfer money to each other in apps they already use frequently.

Enter Project Libra and its roster of proposed stablecoins.

What Facebook is trying to do comes as no surprise. Payments is the last frontier of world domination. It’s one thing to know where people are and what they think, like, and feel; it’s quite another to know where they spend their money.

And not just where, but how much. If you think Facebook knows you well right now, wait until they are privy to your spending habits.

That is terrifying. The idea that Facebook could become the world’s largest and most convenient bank with unprecedented access to every aspect of your life should make your skin crawl.

But that shouldn’t detract from the potential utility for the unbanked users of WhatsApp and Messenger. Near-free remittances, integrated transfers, and the ability to keep some portion of your funds in a currency not subject to local economic policies. These are tangible benefits that will help people.

And all of this is exactly why regulators have been so skittish about Libra from the get-go and have forced Facebook to scale back the project from a global financial power to a PayPal clone but with fiat-backed cryptocurrencies instead of digital fiat currencies.

The imposter clairvoyant in me wants to bet on lifestyle apps like Grab and Go-Jek. It’s hard to live in Southeast Asia and not use these apps in at least one aspect of your daily life. Adopting the in-app e-wallet service in exchange for significant in-app discounts is a relatively easy step compared to starting from scratch with other services. The resulting user base is then a powerful tool of persuasion when talking to merchants.

But the limitations give me pause. Apps that follow the Revolut model are more flexible and cater to an ever-increasing number of Southeast Asian international travellers. If only the licensing requirements didn’t slow expansion.

For the smaller players, there will likely be a flurry of mergers and acquisitions as banks, mobile providers, and international players try to expand their user base and merchant network. Startups and niche offerings will get devoured like nasi goreng.

Cryptocurrency-based services, aside from Libra, could make inroads but will need to solve the usability problem before any sustainable growth can be achieved, not to mention the challenge of building a merchant network.

If Libra can get over the regulatory hurdles, it really does seem like this is Facebook’s battle to lose, not just in Southeast Asia but across the world. The company’s user base is huge and it has the clout to building a merchant network rivalling that of Visa and MasterCard in a relatively short period of time.

That said, Facebook dabbled in email in 2010, only to shut the service down in 2014 for a variety of reasons. Poor usability was one of them. Make the same mistake with Project Libra and the whole affair will become yet another promising project to find its way to the Big Tech scrapyard.

Cancel culture – when to know enough’s enough Should brands participate in the metaverse? How cultural immersion makes us better global citizens