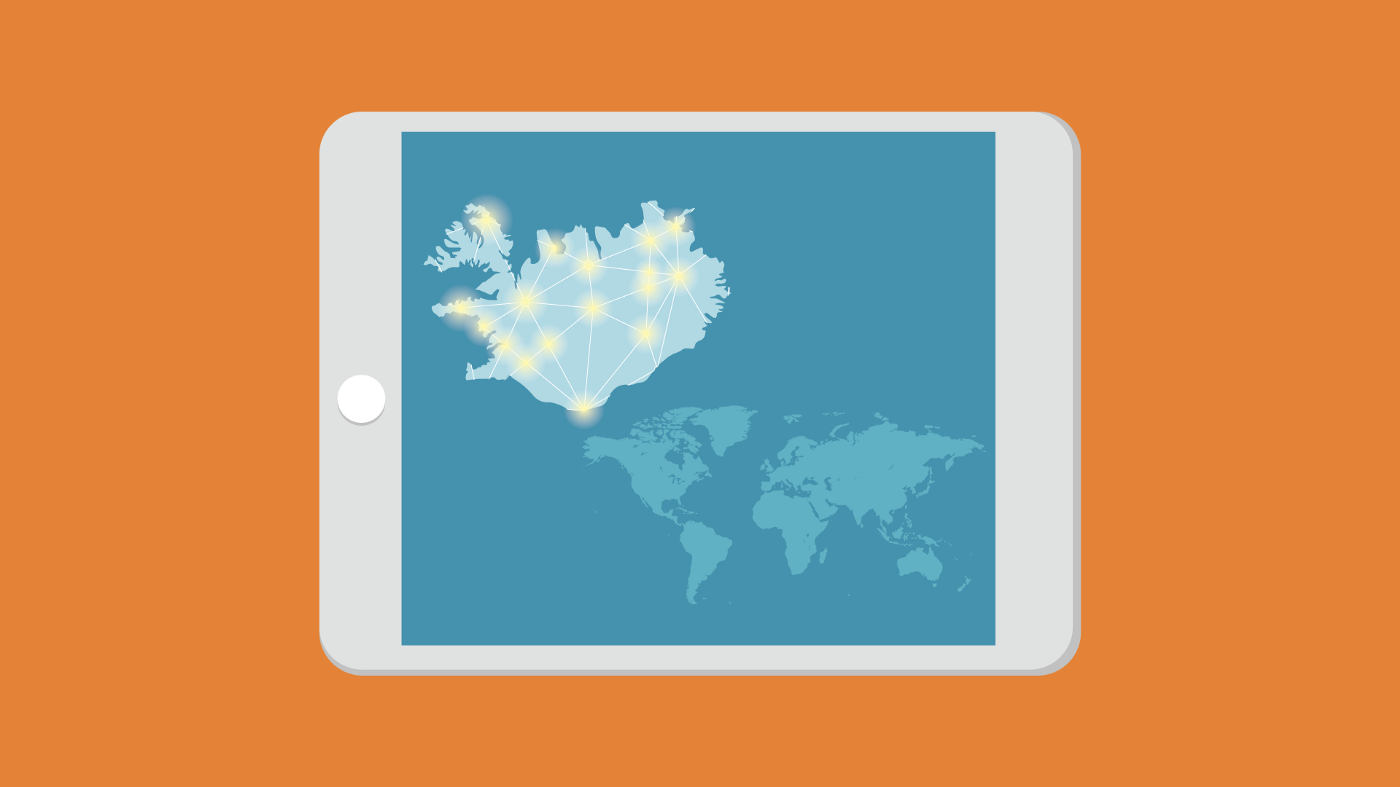 What can we learn from this North Atlantic country?

The Startup Ecosystem Deep Dive series offers an in-depth look at startup ecosystems around the world. In this edition, I look at Iceland, a small island in the north Atlantic, and marvel at the quality and quantity of its entrepreneurship.

FlowVR – a VR-assisted meditation app that combines beautiful Icelandic scenery with meditation sounds, allowing the user to escape from reality at the tap of a button. The company is currently fundraising on Funderbeam and has already exceeded its initial goal of €100,000.

Authenteq – a blockchain-based identity verification platform that issues a digital identity (like an electronic passport) after a 60-second identification process. The company has recently secured US$5 million in funding led by Draper Associates and Capital 300.

Meniga – a white-label digital banking platform which now has offices in London, Stockholm and Warsaw. The company has raised US$34 million since it was founded in Reykjavik 10 years ago.

“There are more startups founded than babies born in Iceland nowadays,” an attendee told me at a networking event organized by the Icelandic Embassy in Helsinki, Finland last year. And though I can’t find verifiable data to prove the anecdote, the statement itself shows that there is something exciting happening on the startup front on this small island tucked away in the northernmost part of the Atlantic Ocean.

Prior to my trip to Helsinki, I admittedly knew little about Iceland and its startup ecosystem. I was expecting a niche event with a few small startups and a handful of investors. But after talking to the investors, founders, incubators, and others in attendance, I was amazed at how Icelandic startups thrive both inside and outside of Iceland. And that, of course, got me wondering why. What is it about the country that makes its startups so successful?

Back home in Berlin, a self-proclaimed “startup hub” where 17% of all German startups are founded, I started trying to answer that question. There were obvious answers, like Iceland’s 7th position on the Global Entrepreneurship Index, but nothing about how Iceland got there in the first place. To find that out, I reached out to the co-organisers of the event, Icelandic Startups.

Icelandic Startups is a community-driven startup organisation that helps accelerate startups and connect them with industry experts and leading startup hubs globally — totally free of charge. Its CEO, Jarþrúður Ásmundsdóttir, was kind enough to answer my questions and provide insight on the secret sauce behind Iceland’s startup success.

The Icelandic government has recognised the importance of entrepreneurship. It has significantly reduced barriers to company registration, maintained a favourable corporate tax rate for LLCs, and encouraged direct foreign investment. On that last point, the government is aware of the need for foreign investment to lift startups from the idea stage to profit stage. Therefore, it provides foreign investors with numerous possibilities to both publicly or privately finance Icelandic businesses.

“The government’s focus on innovation and entrepreneurship is increasing as we see our startups bring larger amounts of capital into our country,” Ásmundsdóttir tells me. “A workgroup is now forming a new innovation policy for the Icelandic government which will be launched in spring 2019. The government has been taking small steps towards the future in these matters by implementing tax deduction for R&D and lifting the capital controls, but we still need to attract international talent and increase access to capital for our ecosystem to grow.”

2008 hit Iceland hard: the stock market plunged 80%, 3 major banks collapsed, the króna lost 35% against the euro in the space of 9 months, inflation hit 14%, and half of the number of businesses were technically bankrupt. The financial crisis was the worst experienced by multiple generations of Icelanders.

8 years later, the country’s economic growth rate is 2% higher than the pre-2008 rate. How’d they do it? Household debt relief, punishment of corrupt officials and business leaders, fiscal responsibility, and a reformation of the banking system, among other things. Today, the country is considered a recovery success story.

The current crop of entrepreneurs learned its resilience during the crisis. Those that were in business before 2008 emerged stronger, while those that incorporated after 2011 benefited from the new economic environment.

“The Icelandic startup ecosystem is flourishing and has been growing more mature in the past 10 years,” says Ásmundsdóttir. “We are seeing the second generation of entrepreneurs emerge and international interest in our country growing stronger.”

Iceland has shown that not only are they resilient in the face of harsh weather conditions, they’ve also proven they can take a strong economic hit.

They teach their children well

Education has been obligatory in Iceland since 1907. Today, children aged 6–16 are required to attend school. The education system prides itself on equal access: every single person has the right to be educated. This is made possible by the fact that pre-schools are heavily subsidized by local councils, primary and secondary education are free — with the exception of one private school — and university is free of charge. Student loans are available to cover living expenses.

What this all adds up to is not only a highly educated population but also a high baseline. Icelanders excel at speaking multiple languages, and they are given the tools early to excel as entrepreneurs.

It’s easy to assume that large markets are the best to start your business in. However, not everyone wants to test their idea as a small fish in a big pond. They prefer to surround themselves with a tight-knit, supportive community that helps them incubate their idea, expand their knowledge and capabilities, and achieve a little celebrity status once they’ve “made it.”

This is exactly what Iceland offers: a small country, yes, but an ideal proving ground for any idea. Customers are easy to reach, competition is relatively light. Startups can keep costs low while spending time fine-tuning their ideas. Once perfected, they can look to expand to global markets.

Now this isn’t to say that a product/service will be successful in other markets just because it works well in Iceland, but local success is a strong determining factor to global success. Only proper market research, due diligence, and a coherent go-to-market strategy can ensure a smooth entry into a new ecosystem.

They know they’ll have to venture out at some point

Operating in a small market will only get startups so far, however. To achieve the level of success seen by global unicorns, Icelandic startups know they need to expand outside Iceland.

“Icelanders are taught to think global from day one,” Ásmundsdóttir tells me. “As a small island in the middle of the Atlantic Ocean we always aim to be the best in the world in something rather than the ‘best in Iceland.’ With that mindset we have scaled companies like Marel, Össur, Meniga, and CCP in recent years with great success.”

This wasn’t always easy. There was a time when global expansion was seen has available only to the privileged few with foreign connections. This has changed significantly since the crisis.

“International relations used to be an obstacle for us, but today many successful 5- and 10-year-old startups are reaching out to international markets and investors with promising results,” adds Ásmundsdóttir.

Iceland’s startup ecosystem isn’t without its challenges: the risks associated with expanding globally; an increase in the cost of living due to an influx in the number of tourists; fierce competition for available commercial space; the island country’s location and geography do little to attract foreign talent; the strict immigration laws that make it difficult for those that do want to relocate; and the small size of the domestic market.

And, yet, I remain optimistic about the startup ecosystem’s prospects. Resilience, education, and government support will win out over time, as will the examples set by successful startups paving the way for the next generation. Countries of similar size to Iceland would be prudent to study how it bounced back from a catastrophic financial crisis and built a thriving startup ecosystem in only 10 years.

Any ecosystem builder or decision maker, for that matter, should engage with the Icelandic government and community to learn more about their take on innovation, entrepreneurship, and economic growth.