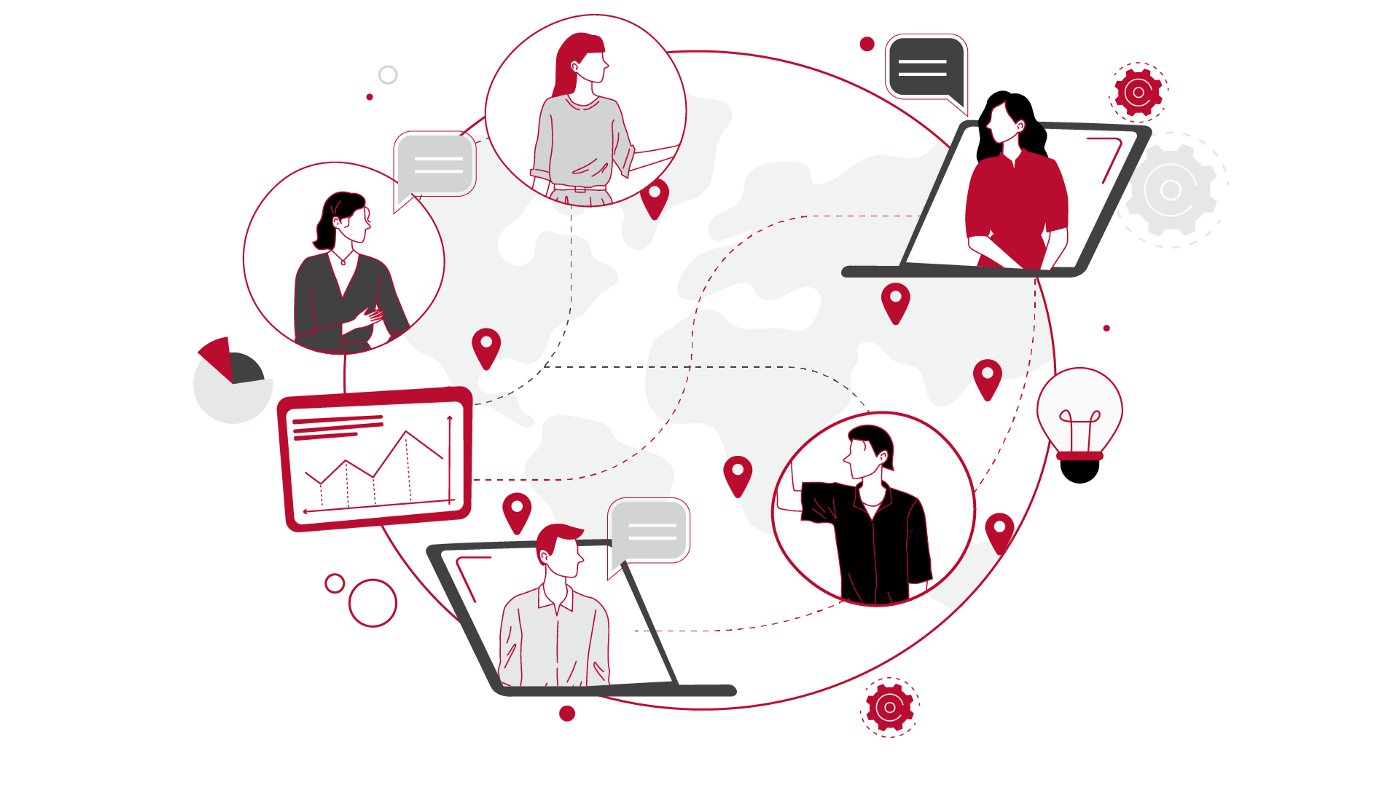 PR and the deglobalisation question

Going in a different direction doesn’t have to mean a regression.

It’s interesting to see how world events can shape thought, opinion and action over the years.

The late 90s signalled the end of most wars and conflicts, as well as the debut of the World Wide Web. During this period of relative stability and unprecedented connectivity, countries and businesses began to focus on cross-border trade and cultural exchanges. As a result, words like ‘growth’, ‘expansion’ and ‘globalisation’ dominated every conversation topic.

30 years later, the times are changing and so is the global narrative. New world powers are rising and with them, new policies with far-reaching ramifications.

Politically, we’re increasingly seeing lines being drawn in the sand. Brexit. The US-China trade war. Myanmar’s refusal to attend an ASEAN summit. The joint China-Russia objection to the NATO expansion — and the resulting Russia-Ukraine war. These are just a few of the many examples.

Protectionist policies, nationalist agendas and the turbulent geopolitical landscape as a whole have triggered talk of deglobalisation. This has set some alarm bells ringing within the public relations (PR) industry, especially given how closely our work is tied to the evolving global climate.

However, I think it’s still too early to call time on globalisation — both for our clients and for us as agencies. Here’s why.

A regression, or an evolution?

There are many definitions for globalisation. In my experience, the narrative is often Western-centric.

Globalisation tends to be depicted as a transfer of technology, quality and training from the West to the East. But as a concept, globalisation is not monopolised by any single region. The Western world may have had a head start, but the East is fast catching up.

Western countries have been global technology leaders for most of modern history, which made them natural drivers of globalisation in its earliest stages. But through cross-border knowledge-sharing agreements, the creation of offshore research and production centres, and the ascension of Asia as a growth market, the East was also exposed to Western technologies and innovations.

As our skills and standards evolved in Asia, we learned to make better products and services. That, combined with the parallel growth of our industries and economies, meant that we gradually moved away from being just students to becoming leaders of industries, technologies and markets. Today, many Asian lifestyle and tech brands like Samsung and Huawei are standing toe-to-toe with more established Western names.

With both Asian brands and economies starting to hold their own in the global arena, it seems to me that what we’re experiencing isn’t an end to globalisation.

Rather, it’s an evolution. The pendulum is starting to swing the other way and globalisation is now becoming a two-way street. This is good news; diversity encourages healthy competition, provides choice, and makes us all strive to do better.

What this means for PR

When it comes to PR agencies, globalisation requires some historical context. Many PR firms based in the West used to set up Asian ‘outposts’ to provide their clients with a more global reach, as well as in anticipation of higher demand for their services across markets.

These branches usually existed to support the top-down execution of campaigns and initiatives from HQ. Once every few weeks, expatriate leaders would fly out from the HQ to Asia to ensure that everything was shipshape.

This was possible at the time because PR was still considered a small cottage industry in Asia. 20–30 years ago, local companies would prioritise advertising in traditional media over PR to ensure good coverage for their businesses. There wasn’t much demand for local PR players. But as our countries and industries have developed, that mindset is also changing.

The pendulum is starting to swing the other way and globalisation is now becoming a two-way street. This is good news; diversity encourages healthy competition, provides choice, and makes us all strive to do better.

People are starting to understand that you can’t put a price on your reputation. I’ve had billionaire clients from Asia who have lost millions of dollars in scams, but who have come to us because their main concern isn’t the money they lost — it’s the reputational damage.

It’s clearer now that PR is about more than promoting yourself or your business. It’s also about handling how both are portrayed in the good and the bad times, as well as reputational insurance against future bad outcomes.

With PR gaining traction among Asian businesses, it stands to reason that they may prefer a truly local touch to navigate the nuances of local markets. This, along with geopolitical tensions and the ongoing COVID-19 restrictions, has been attributed to the pullback of multinational PR firms and the rise of local PR players.

That’s not necessarily a bad thing, in my opinion. This shift shouldn’t be touted as the end of a story, but the beginning of a new chapter.

The local vs international PR approach

Diversity is the name of the game these days and nowhere is that more evident than in PR. Ultimately, PR revolves around reputation and relationships. Neither of these are linear in any sense; a one-size-fits-all PR approach simply won’t work in these times.

As Asians, we understand this better than most. Asian cultural norms alone are vastly different from the West, and the sheer diversity of the cultures that call Asia home means there is immense variation even within the region. PR efforts and initiatives here require deep nuance and sensitivity to ensure that the message is appropriate and effective, not cookie-cutter templates with no local relevance.

Our exposure to the workings of global PR agencies has given us the skills and the structure we need to build our services for the local market and nurture resident talent.

We can bring local character and insight in our messaging and campaigns because we understand the uniqueness of each market. Meanwhile, this increased regional appetite for PR provides the impetus we need to grow our own PR industry instead of amplifying someone else’s.

Ultimately, PR revolves around reputation and relationships. Neither of these are linear in any sense; a one-size-fits-all PR approach simply won’t work in these times.

The biggest challenge that local agencies face is that they don’t have the brand recognition of more renowned Western agencies. Admittedly, there are far fewer established PR agencies in Asia right now than in the West. But I’m confident that it’s just a matter of time before this changes, especially given the on-ground advantages that local players can provide to amplify PR efforts.

As industries from Asia go global — and they will — it’s highly likely that these companies may want to have Asian-rooted PR agencies to handle both local and international PR efforts. This will encourage these agencies to pursue global expansion in tandem with their clients, and may even lead to a proliferation of Asian-driven campaigns and narratives in Western spaces.

Not just one shade of grey

Growth is a natural byproduct of globalisation. As knowledge and technology are more freely and quickly exchanged, industries will begin to compete on service quality and differentiation instead of service availability. The PR world is no different, and I would say we’re better off for it. It’s not a zero-sum game. More Asian agencies going global is good for the overall industry.

I’m still convinced the world is getting smaller and flatter, but that doesn’t need to be a bad thing. Diversity helps us become more aware of difference, and teaches us to celebrate them instead of suppressing them. Different branches of McDonald’s have menu items and flavours that are distinct to different regions, and these are wildly popular among consumers — even specifically sought after. Why shouldn’t PR be the same?

Globalisation is the reason we are exposed to new ideas and new ways of thinking. It helps us learn from each other, acknowledge different ideals and understand what makes each of us unique. It’s not going anywhere anytime soon, and I’m excited to see what’s next.