Launch and raise awareness of Singapore Convention Week (SC Week) 2021, organized by the Singapore Ministry of Law (MinLaw). MinLaw wanted to highlight the importance of the Singapore Convention on Mediation to international business and trade, as well as promote Singapore as a reputable legal and dispute resolution hub. They also wanted us to attract attendees for the week-long event activities that were held virtually for the first time. 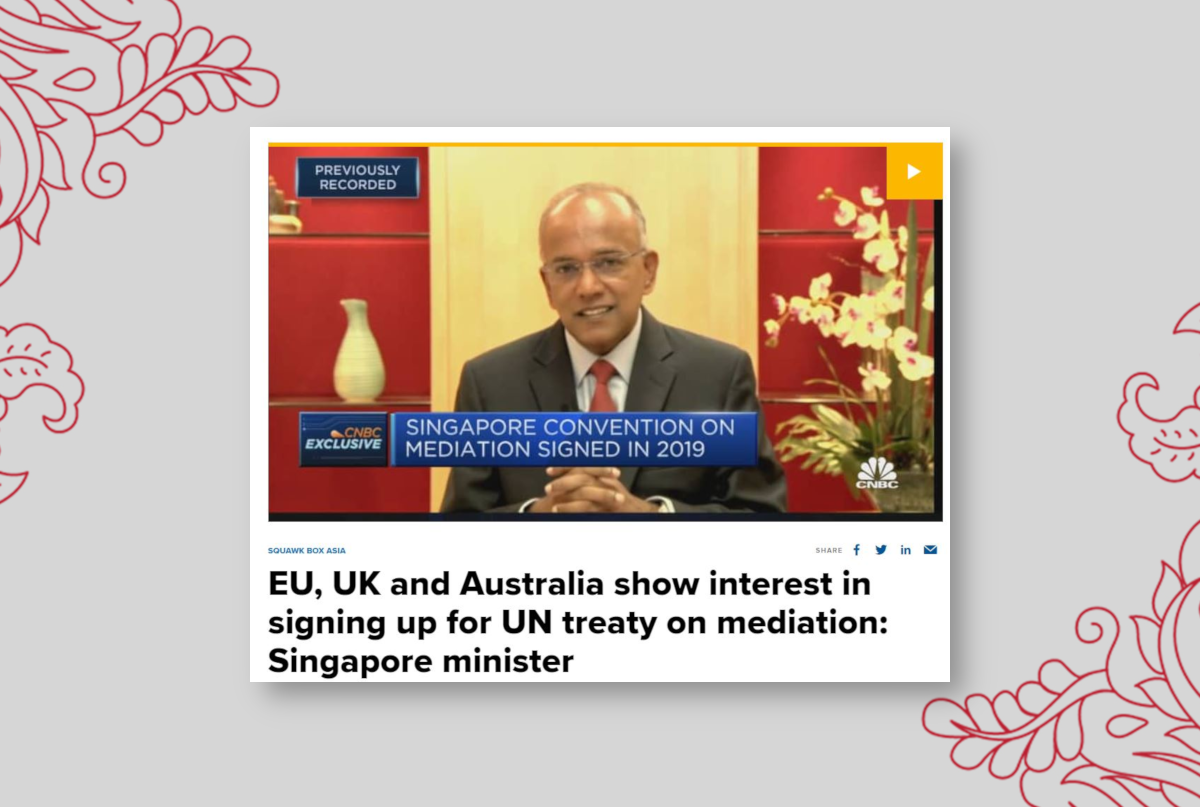 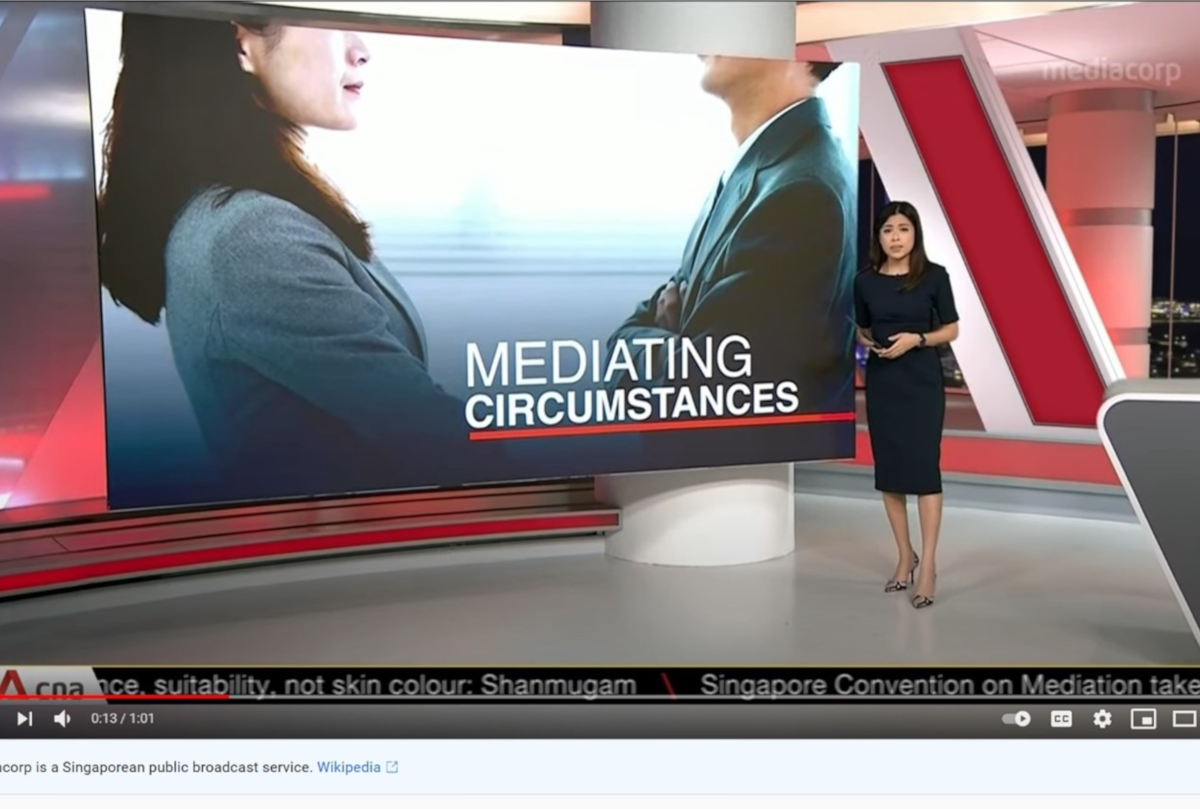 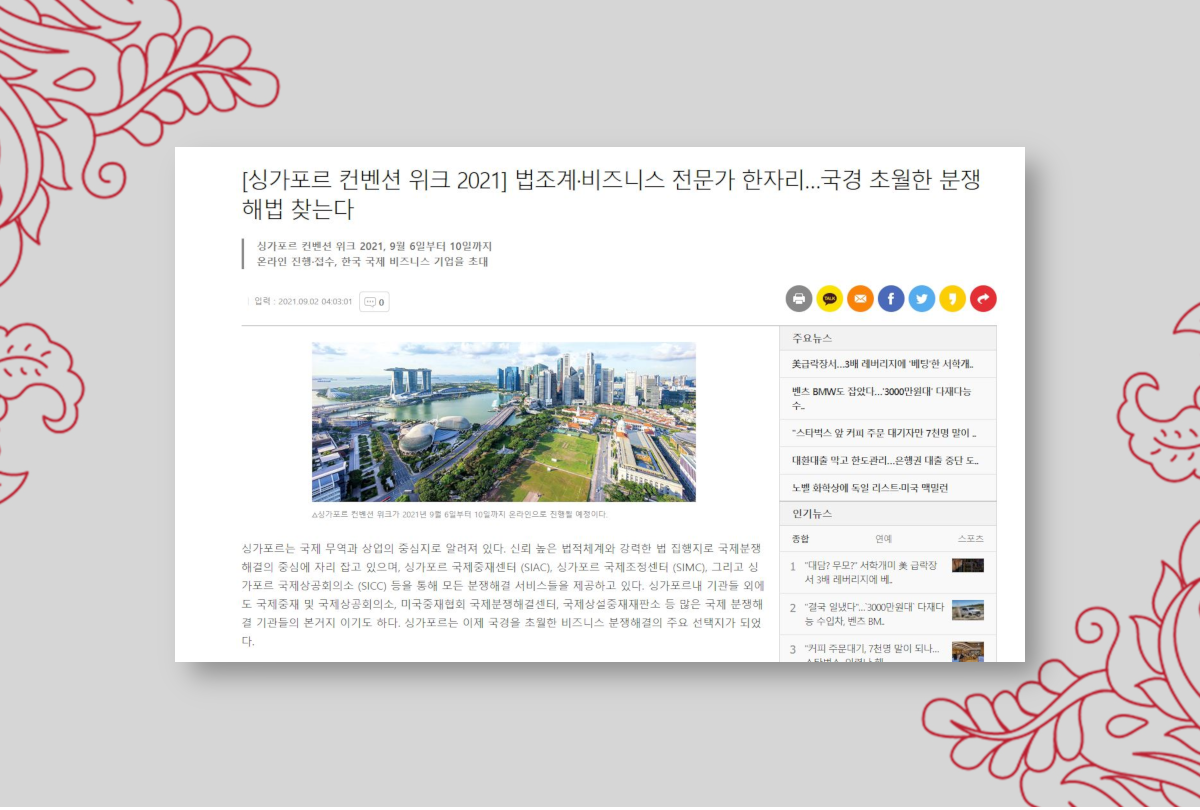 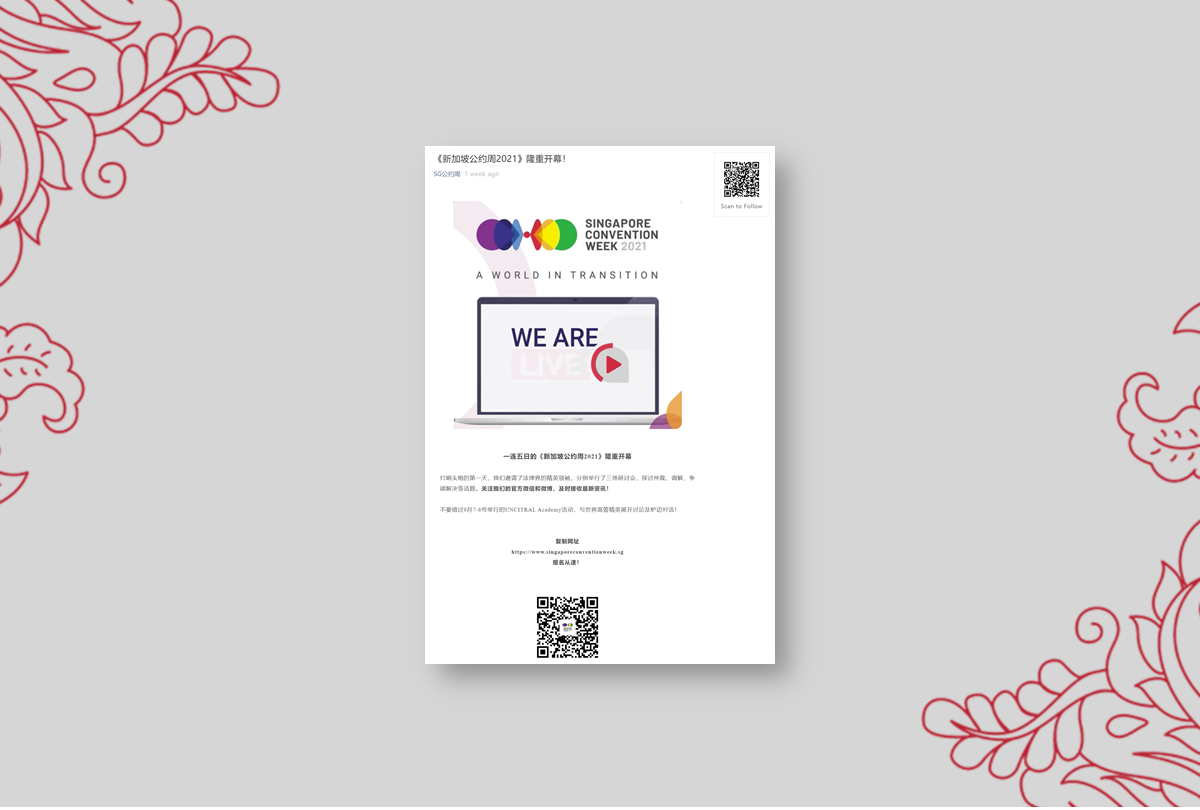 Redhill designed a customized integrated communications campaign (earned, owned and paid) focused on igniting conversations with the international legal community through pre, during and post event engagement. The campaign leveraged a multi-channel; digital engagement to drum up continuous excitement and motivate attendance to SC Week; a holistic social media and digital marketing strategy rolled out across all seven markets and tailored for each platform including Facebook, LinkedIn, Twitter, WeChat and Weibo; multimedia content including videos, GIFs, bylines, press releases, static graphics to elevate the campaign outreach.

SC Week 2021 was a resounding success with over 4,000 participants from over 100 countries during the week-long event. Digital paid: MinLaw achieved a reach of over 6.6 million people, over 1 million in engagements and 21 million impressions across seven markets. Earned and paid media: Over 14 interviews published in top mainstream media internationally such as CNA, Nikkei (Japan), Law.com (US), Law Times (Korea) and Global Restructuring Review (UK) including interviews with Singapore's Minister for Law, K Shanmugam, and Second Minister for Law Edwin. In total, over 100 pieces of coverage were published across media publications and social media platforms.